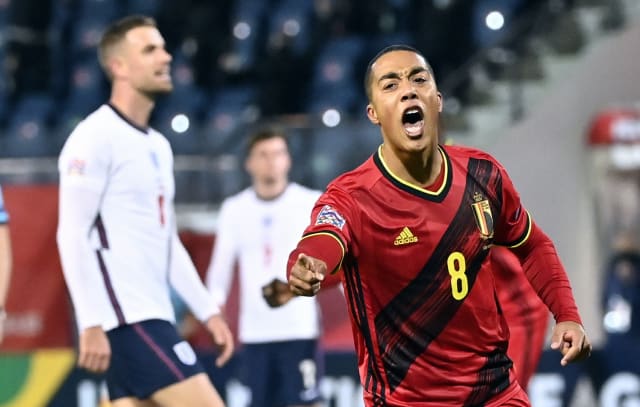 The penultimate match of a challenging year was always going to provide the Three Lions’ toughest test – and acted as a reminder of the work required before the rearranged European Championship.

Southgate’s absentee-hit side could not find a way past another of the favourites for next summer’s tournament, with Youri Tielemans’ deflected strike and a fine Dries Mertens free-kick seeing Belgium run out 2-0 victors.

The defeat ends England’s hopes of reaching a second successive Nations League finals and means Wednesday’s final Group A2 match against relegated Iceland will only offer the chance to fine-tune ahead of the Euros.

Southgate was without Raheem Sterling and Marcus Rashford in attack and the likes of Harry Maguire, Joe Gomez and Conor Coady at the back at Den Dreef, where the Three Lions could not quite get to grips with Belgium.

The hosts ruthlessly exploited lax play when Leicester’s Tielemans scored in the 10th minute and they extended their lead after Romelu Lukaku’s goal-line clearance stopped Harry Kane capping his 50th appearance with a goal.

Declan Rice was adjudged to have fouled Kevin De Bruyne and Mertens bent home superbly as England went into half-time facing a two-goal deficit for the first time since August 2009.

Southgate’s men penned Belgium back in the second half as Jack Grealish shone on his first competitive start, but the home side held firm to win Roberto Martinez’s 50th match in charge.