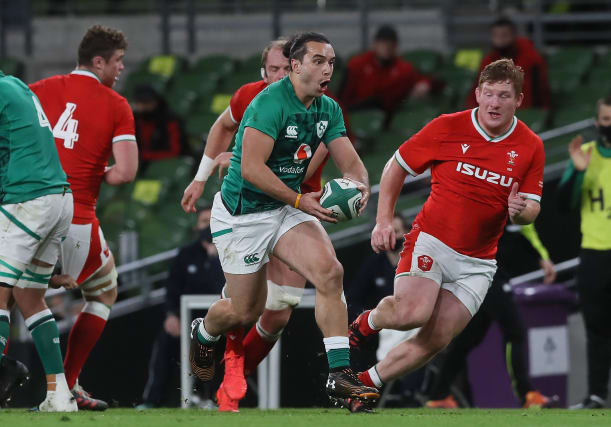 New Zealand-born Lowe was thrust into the spotlight for Friday evening’s 32-9 Autumn Nations Cup success over Wales having only recently become eligible for Andy Farrell’s side under residency rules.

The winger justified the hype by proving a constant menace to Wayne Pivac’s visitors and capping a fine individual display by touching down in the final minute.

“I’ve always wanted to challenge myself on the biggest stage and for this opportunity to come at home in pretty peculiar circumstances, I’m pretty bloody proud in fairness,” he told the IRFU website.

“Weirdly enough, you do dream about scoring on debut, performing on debut.

“It doesn’t matter who you are, you always go in questioning whether you should be there and to be able to do that, to perform well, it means the world.”

Lowe was called upon by head coach Farrell after establishing himself as a key player for Leinster with 33 tries in 49 appearances following his arrival in 2017.

The 28-year-old’s selection came just over a year since he described World Rugby’s residency rules as “stupid” and “weird”, while also stating it would be an “honour” to represent Ireland.

Despite his allegiance to Ireland only being developed in the past three years, he appeared extremely emotional during his adopted country’s national anthem.

“I was more thinking about my family,” he explained.

“I was pretty (disappointed) they were not here. But that’s what was going through my head.

“I’ve got friends all over the world who were wishing me (well in) messages – past players, coaches, the whole shebang. It was a very proud moment, that’s for sure.”