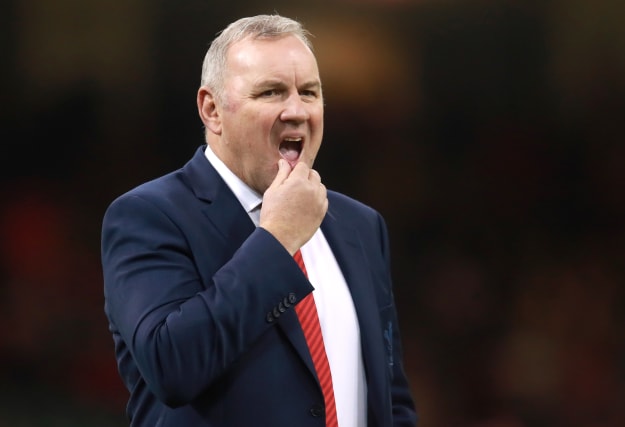 Wayne Pivac insists he is the right man to revive Wales’ faltering fortunes after slipping to a sixth successive loss with a crushing defeat to Ireland.

Wales’ alarming tale of woe under head coach Pivac continued in Dublin as they were thumped 32-9 in the opening match of the inaugural Autumn Nations Cup.

The New Zealander, who replaced long-serving compatriot Warren Gatland following last year’s World Cup semi-final loss to South Africa, feels his side have been contributing to their own downfall.

Despite falling well short at the Aviva Stadium, Pivac remains confident his methods will eventually pay dividends but warned there will be no quick fix.

“At the moment, they are bitter pills to swallow for everybody because I think we are helping the opposition and giving them too many easy ins and we’re hurting ourselves,” said Pivac.

“It’s something we will work very hard to rectify as soon as we can.

“Obviously we are concerned about any performance where we don’t get the result we are after. And we’ve had a few on the bounce.

“I think preparations have been good and we’re working very hard as a group. It is taking a bit of time for us to click and make sure we eliminate the errors that are hampering us at the minute.

“We’re looking to change what has been done for over 10 years and change mindsets and it doesn’t happen overnight in my experience and it’s something we will continue to work towards because we believe in it.

“The players are working very, very hard. From our point of view, it’s roll your sleeves up on Monday. We’re not giving up on this, it’s not the World Cup, we’re working towards the World Cup and it’s going to take time.”

Despite Pivac fielding 14 of the starting line-up on duty against Guinness Six Nations conquerors Scotland a fortnight ago, Pivac’s players did not threaten to make amends for that dismal display.

Wales offered some response through a trio of Leigh Halfpenny penalties but they slumped to their longest losing run for eight years, with the only wins from eight starts since Pivac succeeded Gatland a year ago being against Italy and the Barbarians.

Pivac plans to ring the changes for next weekend’s clash with Georgia but insists that was the intention ahead of crossing the Irish Sea.

“We’re not going to change from our plans, so there will be a lot of changes for next week, which are already pre-planned,” he said.

“And that is to give the squad a run by the end of the Georgia game and that’s what we will be doing.

Ireland head coach Andy Farrell felt his side were worthy winners, while there were relatively upbeat assessments on the fitness of skipper Sexton and absent duo Jacob Stockdale and Iain Henderson.

“I thought it was better than a 10-point lead at half-time and then second half a little bit disjointed at times but I thought Wales did a good job on our speed of ball and breakdown, it just stopped a little bit of continuity,” said Farrell.

“Overall I thought it was a dominant performance and the scoreline is a reflective one, I would have thought.”

Sexton limped off with a hamstring problem after kicking his second penalty of the evening, while Henderson and Stockdale were late withdrawals due to an unspecified medical issue and a calf injury respectively.

Farrell expects Stockdale and Henderson to be available to face England next week.

Sexton, meanwhile, remains optimistic about running out at Twickenham.

“It doesn’t feel too serious. Just very frustrating. I thought initially I was going to be able to run it off but unfortunately not,” said Sexton.

“Tomorrow I will probably get a scan and see if there is any little damage done but I am still hopeful for next week.”