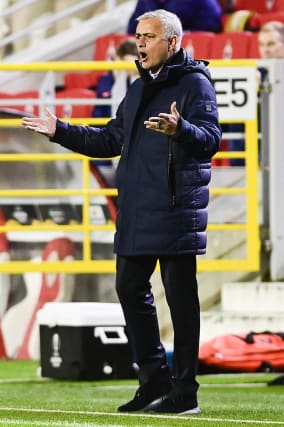 The Portuguese was deemed to be responsible for the late kick-off of the Europa League match against Royal Antwerp on October 29.

His club were fined 25,000 euros (just under £23,000) for the late kick-off by UEFA’s control, ethics and disciplinary body (CEDB), as well as a further 3,000 euros for a breach of UEFA’s equipment regulations.

The CEDB decision said the ban was “deferred for a probationary period of one year, starting from the date of the present decision”.

Another condition was that Tottenham should “ensure their head coach is personally informed of this decision”.

Scottish champions Celtic were fined 7,000 euros for improper conduct related to their Europa League game against Lille on the same night.

Celtic drew the match as they let slip a 2-0 half-time advantage.