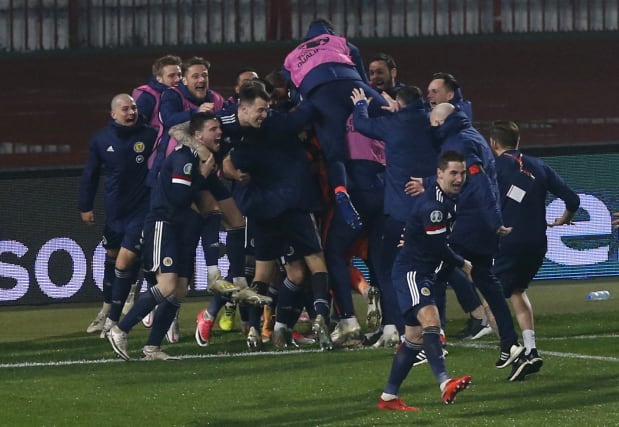 The line-up for next summer’s delayed Euro 2020 is now complete.

Scotland, along with Hungary, North Macedonia and Slovakia, joined the 20 teams already qualified with play-off victories on Thursday night.

Here, the PA news agency provides a refresher on how the tournament is shaping up.

– Where is the tournament being played?

Organisers UEFA remain committed to staging it across 12 European cities, a decision which was taken long before the global pandemic took hold.

It released a statement to PA earlier this month to say there were no plans at this stage to alter the format, in the wake of a report in Le Parisien that Russia was being considered as a sole host.

Any changes of that nature would only happen “much nearer the time”, the statement said.

– Which cities are involved?

– When is it due to take place?

It will now begin on June 11, 2021, with the final being played at Wembley on July 11. UEFA took the decision to delay it by 12 months in March this year, to enable its member associations to complete their domestic competitions over the summer.

–  What are the chances of fans, like Scotland’s Tartan Army, being able to attend matches?

UEFA insists it is too early to say. With lockdowns imposed in many parts of Europe, the hope of having full stadiums for the finals feels faint at the moment, though of course there was optimistic news about the efficacy of the Pfizer vaccine at the start of the week.

– Are there any first-time qualifiers?

Yes, Finland and North Macedonia will be playing in their first major senior tournament next summer.