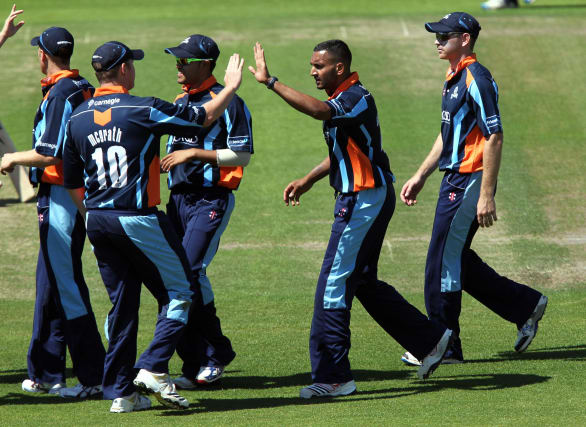 Former Yorkshire spinner Azeem Rafiq has gone public with disturbing details of the racist abuse he claims he was subjected to during his time at Headingley.

Rafiq made his first verbal submission to an investigation into institutional racism at the county on Friday, a probe set up in the aftermath of his own prior allegations, and issued a statement through his lawyers detailing the nature of his evidence.

The 29-year-old, a former England Under-19 and once the youngest team captain in White Rose history, has previously described how his experiences left him feeling suicidal and contributed to his early exit from the professional game.

A release issued through legal firm Chadwick Lawrence LLP included complaints of non-white players being called “P***s” and “elephant washers” at the club, as well as being told to “go back to where you came from”.

There were further references to “differential treatment” in respect of coaching, development and personal support, with a focus on the care offered when Rafiq’s son was stillborn. A perceived “drinking culture” and insensitivity around Muslim attitudes to alcohol is also included.

Rafiq said: “I have spoken out about the racism I faced because I don’t want kids to go through what I did. I want to see kids starting off their journey in cricket in a culture of acceptance and respect, where they are judged on their talent and not on their culture and identity.

“I hope that the investigation will result in meaningful change at the club and in the sport.”

Yorkshire responded with a statement of their own.

It read: “We have taken the claims made by our former player, Azeem Rafiq, very seriously and a full investigation conducted by Squire Patton Boggs, an independent law firm, began in September.

“We realise that that this is a difficult time for all parties involved but it is important that these matters are investigated thoroughly and swiftly.

“Racism has no place in our society or in cricket and we are hopeful that the outcome of this investigation and the recommendations of the panel will drive positive progress which can be shared by all.”

The club also noted that an independent panel had been convened to publish recommendations on the potential next steps following the investigation.