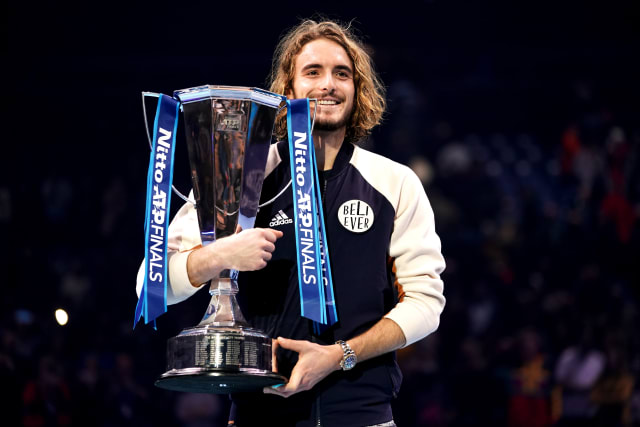 Rafael Nadal and Stefanos Tsitsipas were drawn in the same group as London prepared to host its final and very different Nitto ATP Finals.

The ATP had hoped to go out with a bang after 12 hugely successful years at The O2 Arena, with the tournament also celebrating its 50th anniversary.

But the coronavirus pandemic means the event will take place behind closed doors before it moves to Turin next year.

The groups have been named Tokyo 1970 and London 2020 to mark the half-century, and it was the latter group in which Nadal, still chasing his first victory at the season-ending event, and Tsitsipas were placed at Thursday’s draw.

Joining Nadal and Tsitsipas will be US Open champion Dominic Thiem, who has recovered from a foot problem, and Russian debutant Andrey Rublev.

Greg Rusedski believes Djokovic will be hungry for his share of history.

Djokovic recently tied Pete Sampras’ record of being the year-end world number one on six occasions and victory in the capital would see him equal Roger Federer’s tally of six ATP Finals victories.

The Serb, who opted not to play at the Paris Masters, won four titles in a row between 2012 and 2015, when Andy Murray stopped his winning streak, but has not lifted the trophy since then.

But Rusedski is backing him to come good at the O2 farewell.

“I think Novak Djokovic is going to want to re-establish and tie the record of six with Federer,” the former British number one told the PA news agency.

“I think he is fresh now. His main goal was to get to number one – he did that. He had that little dip in Vienna and didn’t play in Paris.

“To get six year-end number ones is a phenomenal accomplishment, only Pete Sampras has done that. Pete’s accomplishment is still ahead of Novak’s because Pete did it six years in a row.

“But I think he is going to be motivated because he hasn’t won it in a long time and whether you like it or not these guys want records. Federer, Djokovic and (Rafael) Nadal want to go down with the most slams, the most ATP Finals wins, the most Masters wins, that is what drives these three incredible legends of the game.”

The ATP Finals is the biggest absence on Nadal’s CV and Rusedski is not giving him much hope of breaking his duck.

“I still think he can be dangerous but I think it will be a big ask for him to win and it will also depend what group he gets placed in,” he said.

“I think the court speed and the balls are just a little bit too quick and the other guys are playing better than him indoors. It is still a big ask to beat Nadal.”

:: The Nitto ATP Finals will be available to watch on Amazon Prime Video on Sunday 15th to Sunday 22nd November.