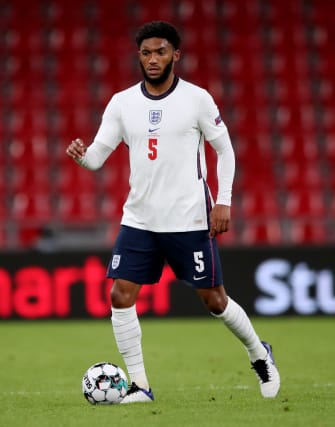 Liverpool defender Joe Gomez has undergone surgery on the knee injury suffered during an England training session on Wednesday.

The centre-back, who was set to be involved in Three Lions games against the Republic of Ireland, Belgium and Iceland, damaged a tendon in his left knee while training at St George’s Park and has had a successful procedure to repair the problem.

There were fears that the injury was similar to the season-ending one that Virgil van Dijk suffered earlier this campaign, but the Reds have confirmed there was no ligament damage.

They did not, however, put a timescale on his return, though it is expected to be a lengthy absence.

A statement on Liverpool’s Twitter feed read: “@J_Gomez97 has today undergone successful surgery to repair a tendon in his left knee.

“The issue was isolated to Gomez’s tendon, with no damage to any other associated knee ligaments and Joe will now begin a rehabilitation programme with our medical team.”

It is another blow to the defending champions as Gomez, 23, joins team-mates Van Dijk and Fabinho in the treatment room, leaving Joel Matip as the only fit senior centre-back on Liverpool’s books.

Three Lions boss Gareth Southgate was worried when he saw the incident happen.

“What was upsetting was to see he was in a fair bit of pain and the fact was there was nobody around him when the injury happened, so I didn’t like that element of it,” he said at his press conference on Wednesday evening.

“So, as I say, my immediate thoughts are with him because he’s had some difficulties with injury in the past, so we’re hoping as much as we possibly can and praying that it’s not going to be a long-term one but we just have to see.”

Gomez has not had much luck with injuries over the last few years.

Gomez suffered a season-ending anterior cruciate ligament injury while playing for Southgate’s England Under-21s in October 2015 and injured his ankle representing the senior team in a friendly against Holland in March 2018 before breaking his leg later that year.