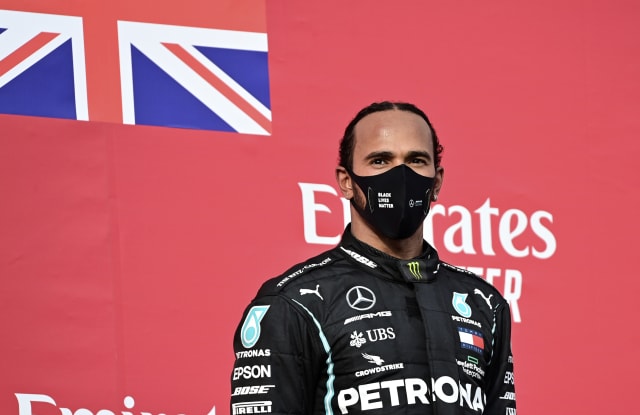 Lewis Hamilton is bidding to make history at this weekend’s Turkish Grand Prix by winning a record-equalling seventh world championship.

The British driver, who is 85 points clear of Mercedes team-mate Valtteri Bottas, will match Michael Schumacher’s title haul if he wins in Istanbul on Sunday.

Here, the PA news agency looks at what’s next for the soon-to-be seven-time world champion.

Hamilton’s contract expires next month, and, despite recent remarks that this season could be his last, it appears inconceivable that the 35-year-old Briton will hang up his crash helmet. Hamilton is dominating the sport and his all-conquering Mercedes machine is the best in the business. A contract extension will almost certainly follow when the dust has settled on his seventh title.

But what about Formula One’s “afterlife”?

Hamilton has irons in different fires – most notably in fashion, music and his environmental and humanitarian crusade – but will any of those bring him enough satisfaction to replace the real love of his life, motor racing? It is unlikely. Hamilton’s hunger to win, a remarkable string in his bow, shows little sign of waning, and while he is in the best car and rewriting the sport’s history books, the next chapter of his life will be put on hold.

So, will an eighth world championship follow next year?

Hamilton and Mercedes have been in a class of one this year, and victory on Sunday will see him sew up the title – his sixth in seven years – with three rounds to spare. Formula One’s overhaul of its regulations, which is hoped will bring the field closer together, has been put on hold for 12 months following the coronavirus pandemic. And with team-mate Bottas unlikely to mount a serious championship challenge, that puts Hamilton on pole to become the sport’s most decorated driver in 2021 with a greater number of championships than any driver ever.

Will Hamilton be honoured for his achievements?

Hamilton is long overdue an upgrade on the MBE he was awarded after winning his first championship in 2008. Following his record-breaking 92nd win in Portugal last month, former Labour cabinet minister Lord Hain told the PA news agency he will write to Prime Minister Boris Johnson calling for Hamilton to be knighted once he has clinched his seventh title. Hain, who serves as Vice Chair of the All Parliamentary Group on F1, said: “You have got Andy Murray, Mo Farah, Bradley Wiggins who have all been given knighthoods in recent years, and I cannot understand why Lewis Hamilton hasn’t. Frankly, it is unacceptable. It should have happened already and it needs to happen now.” Hamilton also leads the odds to be crowned BBC’s Sport Personality of the Year. Hamilton has finished as runner-up on a number of occasions, but won the award only once, in 2014.