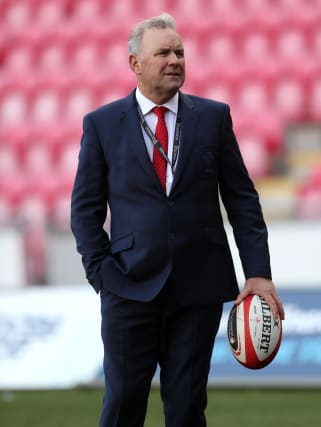 Wayne Pivac says he would be disappointed if there was no pressure as Wales prepare to launch their Autumn Nations Cup campaign.

External suggestions of players being unhappy and the camp being a sinking ship have accompanied Wales’ current struggle, but head coach Pivac has dismissed such talk.

“I’m certainly not seeing it, and if it is [there] then the players are very good at hiding it,” Pivac said.

“The group has trained very well, and it’s probably been a massive step up from where we have been.

“When these sorts of things that you mention (defeats and coaches losing their job) happen, you would expect a response, and we’ve certainly seen that in training.”

Asked if he anticipated current pressure levels when he took the Wales job, Pivac added: “Yes, 100 per cent. I would be disappointed if there wasn’t any pressure.”

Wales’ last win – a 42-0 victory over Italy – came 284 days ago, while they have lost three matches on the bounce against Ireland and not won in Dublin since 2015.

Flanker Justin Tipuric, who missed the Scotland reversal 11 days ago because of tonsillitis, replaces James Davies as a solitary change from that game.

On Sheedy, Pivac said: “We were going to include him at some stage, and Rhys Patchell has taken a knock, so the opportunity has come right now.

“We believe that he is ready to take on the opportunity, regardless.

“He has impressed everybody, both with the ball and without the ball. His communication and his game management looks to be spot-on.

“We are really looking forward to him getting some game-time and seeing how he goes.”

North will make his 100th Test appearance for Wales and the British and Irish Lions if he features at the Aviva Stadium, and captain Alun Wyn Jones reaches 150 Wales and Lions Tests.

Pivac, meanwhile, said that Josh Navidi, who has been recovering from concussion, is on course to be available for next week’s Georgia match, but his fellow flanker Ross Moriarty continues trying to shake off ankle troubles.

“We believe we can win whenever we take the field, against any opposition,” Pivac added.

“The fact that we haven’t done that in a series of games now, obviously, is not something that we are comfortable with.

“We are working very hard and trying to eliminate the errors in our game that are putting us under pressure.

“This tournament is a fresh opportunity. Ireland away is a stiff challenge first up, but there is no better challenge to find out how much improvement we’ve made over the last two weeks.

“They (the players) are just as proud as the coaches are, and they want to get performances right and results flowing their way.

“With this group, in particular, they are well aware of the situation, and that sort of motivation will come from within.

“We look at the energy in training and the vibe within the group. That has been very good this week.”