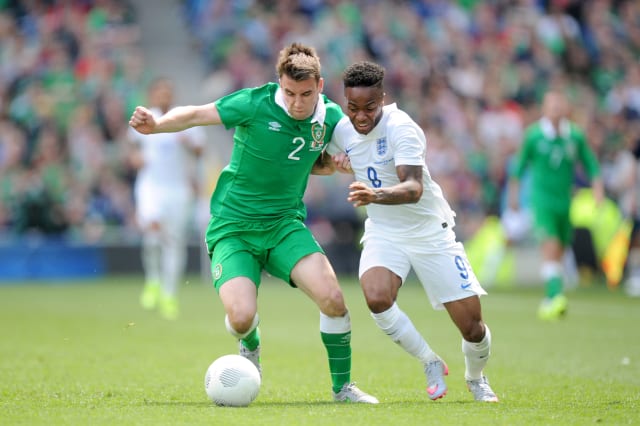 England host the Republic of Ireland in a friendly at Wembley on Thursday night as the two nations meet for the first time since 2015.

The game was arranged after New Zealand pulled out of a fixture against the Three Lions and gives both sides a chance to prepare for Nations League matches in the coming days.

Here, the PA news agency takes a look at the main talking points heading into the match.

As galling as it is for the match to be forced behind closed doors, it might be a relief for some of England’s players. Michael Keane played in the Irish youth set-up before switching over to his country of birth, while Jack Grealish created rancour in 2015 when turning down a call-up to the Republic senior side having represented the country up to Under-21 level. Both could feature for the Three Lions at an empty Wembley, where Declan Rice will face a country he represented at senior level on three occasions before announcing his intention to switch in February 2019.

Borussia Dortmund midfielder Jude Bellingham will become the third-youngest player in England’s history if he makes his debut in the game. The teenager moved to Germany from Birmingham after shining in his breakout year at St Andrews – so much so the Blues retired the number 22 shirt in his honour. Having already made five appearances in the Bundesliga, Bellingham was called up as a late addition to Gareth Southgate’s squad but could feature aged just 17 years, 136 days – with only Theo Walcott and Wayne Rooney debuting younger.

Aaron Connolly joined Adam Idah in missing last month’s galling Euro 2020 play-off semi-final exit in Slovakia due to Covid-19 protocols and the Brighton forward is ruled out of this month’s matches with a hamstring issue picked up in training. West Brom forward Callum Robinson – who represented England at youth level – will also be absent after testing positive for coronavirus, while Sheffield United’s David McGoldrick announced his international retirement last week.

Burnley goalkeeper Nick Pope is set to come into the England side, despite Southgate offering unwavering support for first-choice Jordan Pickford. After a few shaky performances for Everton as well as widespread criticism for a challenge which left Liverpool’s Virgil Van Dijk with a serious injury, Pickford is still likely to start the upcoming Nations League double-header. But Pope, who has three caps, will want to impress at Wembley and be on hand should Southgate decide it is time to give someone else a chance between the sticks.

The Republic of Ireland have not beaten England since Euro 88 when Ray Houghton hit the winner in a group-stage match. Goalkeeper Darren Randolph is the only member of the current squad who was born at the time – although all five meetings since then have ended in draws. That may be due to the familiarity across both squads, with only two of Stephen Kenny’s 25-man Ireland squad not currently plying their trade in the English leagues.