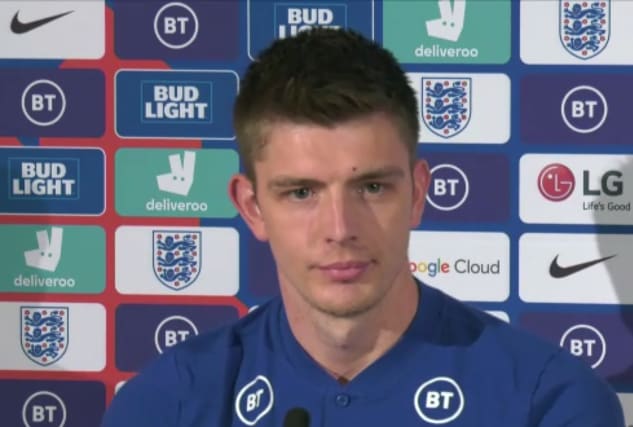 Nick Pope admits Jordan Pickford is England’s first-choice goalkeeper but he is still eyeing up a “once in a lifetime” chance to represent his country during a home tournament.

Burnley stopper Pope is expected to add to his three England caps by starting Thursday’s friendly clash with the Republic of Ireland at Wembley.

It will be a rare opportunity for the 28-year-old to stake his claim for the number-one spot – especially after manager Gareth Southgate said last week that Pickford currently did not have enough competition for the role.

Pickford has only been left out of one competitive Three Lions fixture since the start of the 2018 World Cup – with Pope replacing the Everton man for a Euro 2020 qualifying win in Kosovo last November.

“I think it’s fair to say he’s number one at the minute,” Pope said when asked about Pickford’s position.

“If you look at the last 25, 30 fixtures, he’d have played probably 28 of them. So, a person with that sort of record in the national team, I think, deserves to be called number one and has earned it.

“So, I think it’s fair to say he’s number one at the minute, not to say that doesn’t change whenever the time may be.

“For a goalkeeper, you’ve got to keep working and – like any player does – earn your right to be in the squad and fighting hard to make your way into the team.”

Pope has not conceded a goal in any of his three appearances for England and, while he is pleased to continue his international shut-out, he believes he still needs to get better to bridge the gap to Pickford.

“I think I’ve done quite well for England in those three games,” he said.

“No goals is always a massive bonus for a goalkeeper and you can’t ask for much more – but I don’t think I’ve been overly tested in all the games either so I don’t think I’m walking round thinking I’m the best goalkeeper in the world.”

Asked what he needs to do to bridge the gap to Pickford, he added: “A bit of everything to be honest.

“When you are second in line or third in line, your aspiration is to go up the spots. That is what it is like as a keeper and most positions.

“Keepers get more attention for that sort of thing. You have to be consistent for Burnley and England. This is an opportunity for myself to play with England players in an England team.

“It is important to play well in those games as Jordan has done for England for a couple of years. He has been top drawer.”

If Pope can take the gloves from Pickford, it would come at a good time for him given England are set to play at Wembley for most of the rescheduled European Championships next summer.

“It’s alive for us once, a once in a lifetime opportunity. The lads in the dressing room here, and I know the ones outside the squad as well, will be doing everything they can to make that final squad. The opportunity is something that won’t come up again for anyone.”