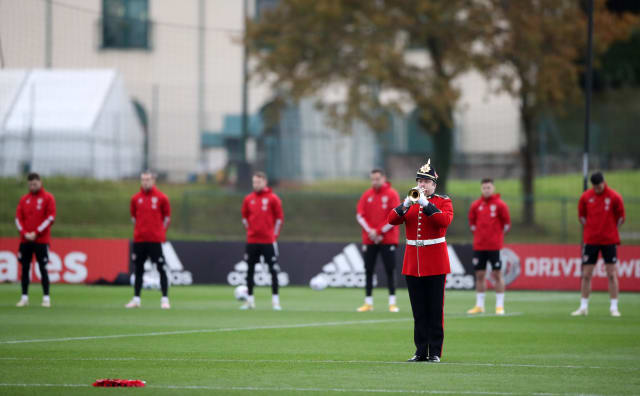 Here, the PA news agency looks at some of the best examples from November 11.

Jamie Vardy was among the players to mark Armistice Day.

Premier League stars got down to work with their national teams.

Fernandinho is itching to return from injury.

Stuart Broad was glad to see his team-mates despite the sprints.

Ricky Ponting signed off from the IPL.

From the IPL to Australia.

Jon Rahm’s remarkable hole in one at Augusta National continued to puzzle some.

Broad has signed up for the latest Rob Burrow fund-raiser.

Richard Agar’s satellite installer has work to do!

Max Verstappen was ready for the Turkish Grand Prix.

Anthony Joshua was ready for the battle.