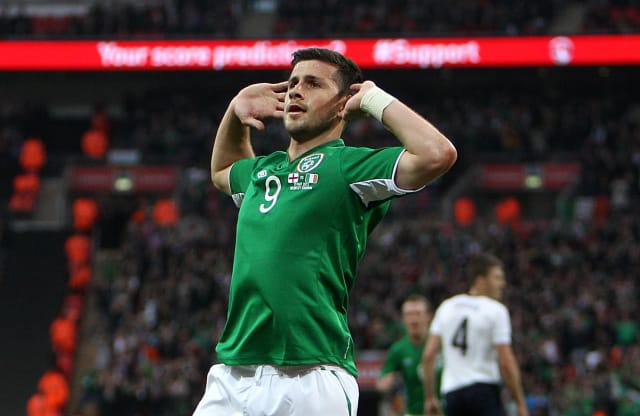 England host the Republic of Ireland at Wembley on Thursday evening in a fixture which rekindles good and bad memories for the two nations.

Gareth Southgate’s World Cup semi-finalists will hope for a morale-boosting victory as they prepare for Sunday’s Nations League showdown with leaders Belgium, while Ireland boss Stephen Kenny is still awaiting his first victory five games into his reign.

Here, the PA news agency takes a look at some of the most notable past meetings between the sides.

Just a matter of months after Ireland had been formally declared a republic, England hosted a side referred to only as “the FA of Ireland” as efforts were made to ease a strained relationship between the countries in a friendly encounter at Goodison Park. With Billy Wright, Tom Finney and Wilf Mannion among their number, the home team were expected to win comfortably, but Con Martin’s first-half penalty and Peter Farrell’s strike after the break sealed a famous victory for the visitors.

A first-half hat-trick from Manchester United’s Tommy Taylor, who would die in the Munich air disaster just nine months later, provided the foundation for England’s World Cup qualifier victory at Wembley. Taylor’s treble came either side of John Atyeo’s 38th-minute strike as the home side raced into a 4-0 lead by the break, and although Dermot Curtis pulled one back, Atyeo’s second at the death completed the rout.

Ray Houghton’s status as a national hero may have been cemented by his World Cup winner against Italy at the Giants Stadium in 1994, but he had won his place in Ireland’s sporting pantheon six years earlier. Houghton headed Ireland to victory over Sir Bobby Robson’s England in Stuttgart after John Aldridge had pounced on Kenny Samson’s clearance to underline Ireland’s growing stature under Jack Charlton.

A black night for English football saw the game abandoned after just 27 minutes amid shameful scenes at Lansdowne Road. Violence erupted among travelling supporters infiltrated by members of British National Party off-shoot Combat 18 after David Kelly had put the home side ahead, with thugs in the upper West Stand ripping out seats and hurling missiles at the home fans below. Furious Ireland boss Charlton, a World Cup winner with England, later condemned the troublemakers, saying: “Every Englishman should be ashamed.”

Manager Roy Hodgson wrote to England fans ahead of the game calling for Ireland to be afforded respect and an end to the sectarian chants which had become a staple of the more unsavoury elements of his team’s support, and most – but not all – complied. Around 10,000 Irish supporters crammed into Wembley to see Shane Long head the visitors into a first-half lead which was later cancelled out by Frank Lampard on a night when football was only part of the story.