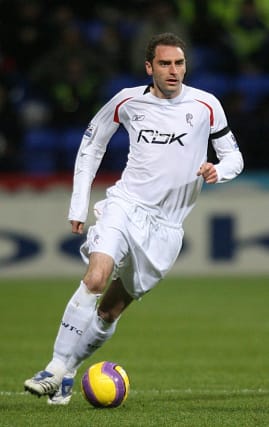 Darlington defender Nicky Hunt has been released from hospital having received the all clear after suffering what was feared to be a serious head injury on Tuesday night.

The 37-year-old was knocked unconscious following a collision with an opposition player in the build-up to Boston’s second goal in the 87th minute of the National League North match, which was subsequently abandoned.

He was taken to hospital by ambulance at around 11pm after being treated on the pitch at Blackwell Meadows for more than an hour by club physios and medical staff.

But there was a positive update from Darlington on Wednesday morning, with a statement reading: “We are pleased to inform everyone that following a scan on his head and neck at North Tees Hospital early this morning, Nicky has been given the all clear.

“He was released from hospital at around 5am, and he returned home to rest with his family.”