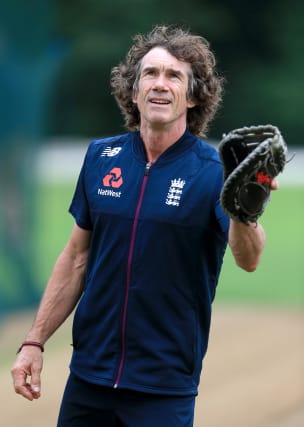 Bruce French has retired from his role as England’s wicketkeeping coach at the age of 61, ending an international career dating back to 1985.

French was a highly distinguished gloveman for Nottinghamshire and went on to play 16 Tests and 13 one-day internationals for his country.

He enjoyed a much longer spell as part of the backroom team, initially joining the national performance centre in 2009 and spending the next 11 years working with the likes of Matt Prior, Jonny Bairstow, Jos Buttler, Ben Foakes and Sarah Taylor.

French is the second stalwart to leave the England set-up in recent days, with longstanding team manager Phil Neale having also retired from service.

Former Essex wicketkeeper James Foster, who worked with the England one-day team over the summer, will take the role on a consultancy basis for the forthcoming limited-overs trip to South Africa. He and Chris Read would be favourites should a permanent successor be sought.

Mo Bobat, performance director of England men’s cricket, said: “English cricket owes a huge debt of gratitude to Bruce for the fine work that he has done over a number of years. For some time, we have been able to select from an oversupply of excellent wicketkeepers and Bruce has played a significant role in developing those players.

“There is much that Bruce should be proud of and this includes numerous memorable victories in both home and away series for England and of course, our historic World Cup win in 2019. Bruce has also ensured that his coaching insight has been effectively shared across the game through our coach development programmes.

“I wish Bruce every success in his future endeavours and have no doubt that he still has much to offer as a coach in the game.”