Augusta National braced for another display of Bryson DeChambeau power 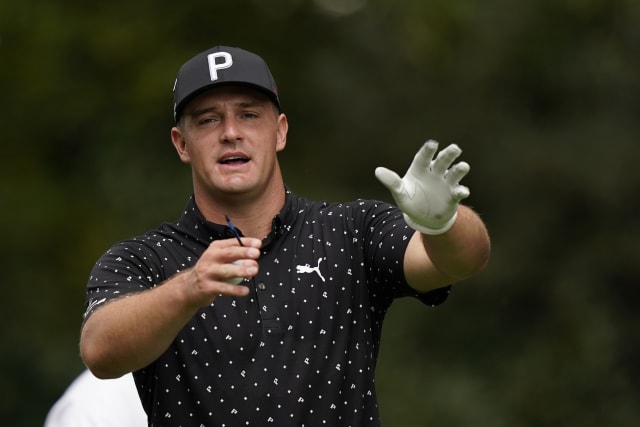 It requires something special to take the spotlight away from Tiger Woods at the Masters, especially when he happens to be the defending champion.

Yet Bryson DeChambeau has achieved exactly that as the pre-tournament favourite aims to overpower Augusta National to claim back-to-back major titles following his emphatic victory in the US Open in September.

While Winged Foot’s narrow fairways and thick rough were meant to expose the limitations of DeChambeau’s power-over-accuracy approach, the wide expanses of Augusta and ‘second cut’ only an inch thicker than the fairways appear vulnerable to the American’s ferocious hitting.

So keen is the interest in just how DeChambeau will tackle the course that he was asked to list which clubs he had been using on each hole during practice, something usually only requested after an impressive championship round when describing vital eagles and birdies.

The list made for sobering reading for his rivals, Masters officials and golf’s traditionalists as DeChambeau revealed a link to Woods’ eye-opening victory in 1997 and that the longest club he had used for an approach shot was a six iron to the 570-yard, uphill, par-five eighth.

“On 11 (on Monday) with Tiger and Freddie (Couples) and JT (Justin Thomas), I had pitching wedge in,” De Chambeau revealed.

The same sentiment is unlikely to be shared privately by DeChambeau’s rivals for the green jacket, but in public Thomas – and others – have been full of praise for his dedication to his approach.

“He’s done a lot of things that a lot of players aren’t willing to do, make life changes and swing changes and equipment changes and extreme body changes,” Thomas said. “He’s earned it.

“Obviously I wish he didn’t have an advantage over me and everybody else, but the fact of the matter is that he does and I just need to grow up and get over it because I can still beat him like I can anybody else, but it just comes down to playing better.”

Woods easily led the field in driving distance with an average of 311 yards as a slender 19-year-old amateur in 1995, but noted with a wry smile that he actually got shorter off the tee as he “filled out” in his 20s.

“What Bryson has done has been absolutely incredible and we have all been amazed at what he’s been able to do in such a short span of time,” Woods said. “It’s never been done before.”

As for Woods himself, the memories of ending his 11-year wait for a 15th major title last year gave the 44-year-old “chills” as he recalled the crowd chanting “Tiger, Tiger” and hugging his children Charlie and Sam beside the 18th green, just as he had embraced his late father Earl some 22 years earlier.

But the seven-month delay caused by the coronavirus pandemic has done Woods few favours, the world number 33 managing a best finish of tied 37th in six events since the restart, the most recent of which saw him joint 72nd in a 78-man field in his defence of the Zozo Championship.

“I’ve (either) driven it well or hit my irons poorly,” Woods said. “Or I’ve put the ball-striking together and I haven’t putted well. And then I’ve putted well and I’ve hit it poorly.

“I haven’t put all the pieces together and hopefully that will be this week.”

Rory McIlroy will be hoping the same as he seeks the win required to complete the career grand slam and the signs are encouraging, despite an opening 73 in the Zozo Championship leading to a club snapped in anger on the 18th hole.

McIlroy followed that round with scores of 67, 67 and 66 and made a career-high 29 birdies during the week, although he also threw in eight bogeys and three double bogeys – the sort of scores which have tended to derail his chances at Augusta.

“This week, it’s take advantage of the holes that you can, play smart on the other ones,” McIlroy said. “You’re sort of making sure that you make no worse than a bogey on any hole. That’s something that I probably haven’t done here that well in the past.

“I’ve made a few big numbers and if you can limit those, take your medicine, be smart, punch out of trees, not try to be a hero, that all can sort of add up at the end of the week to saving a few shots here and there.”