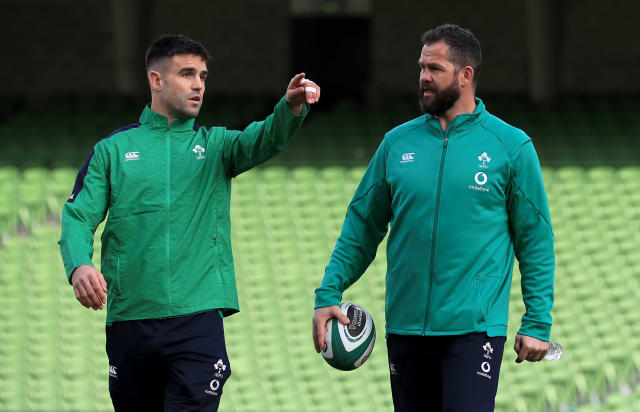 Murray has been the long-standing first choice for his country’s number nine jersey, including starting each of the five Guinness Six Nations fixtures following Farrell’s appointment.

New Zealand-born Gibson-Park will have an opportunity to stake his claim for that role on Friday when he makes his first Test start in the opening match of the inaugural Autumn Nations Cup.

Farrell is eager to give chances to peripheral members of his 34-man squad and feels Murray – who will begin on the bench in Dublin – will appreciate being put under pressure.

“That’s what we’re all hoping for and, do you know what, deep down I am sure that Conor is as well,” said Farrell.

“We’ve got good people here and they warrant competition – whether they admit it or not – because that will make them better players and that’s how we move forward as a group.”

Munster player Murray made his international debut in 2011 and has been an almost constant presence since, winning 83 caps in total.

The 31-year-old saw off a challenge from the in-form John Cooney earlier in the year to continue his long-term half-back partnership with veteran captain Johnny Sexton.

Farrell, who has shaken up his starting XV by making seven changes for the visit of Wayne Pivac’s side, is confident 28-year-old Leinster man Gibson-Park has the composure and attributes required to run games.

“His speed of ball is great, his skillset across the board with his hands and his kicking and his vision, decision-making is pretty good.

“But he’s a calming influence as well. Even though he’s playing quick, he’s able to see many pictures and make good decisions along the way.”