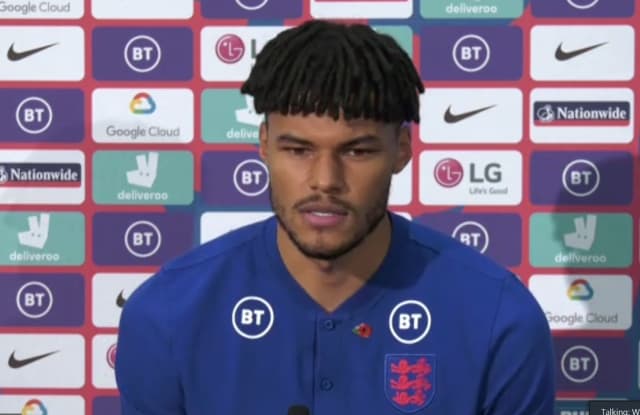 The 17-year-old had originally been included in the Under-21 squad but was promoted to Gareth Southgate’s senior camp after both Liverpool defender Trent Alexander-Arnold and Southampton’s James Ward-Prowse withdrew through injury.

Bellingham moved to Borussia Dortmund from Sky Bet Championship side Birmingham during the summer and has already made six appearances in the Bundesliga.

Bellingham only made his Birmingham debut last season, but the club chose to retire his number 22 shirt in honour of what he had achieved at St Andrew’s following his switch to Germany.

“I have had the opportunity to see him in training over the past couple of days, and what a fantastic talent he looks,” Mings said at an England press conference on Tuesday.

“For someone who has achieved so much in such a short space of time, he seems to be very grounded and humble.

“It is a huge occasion for him, and fair play to him.”