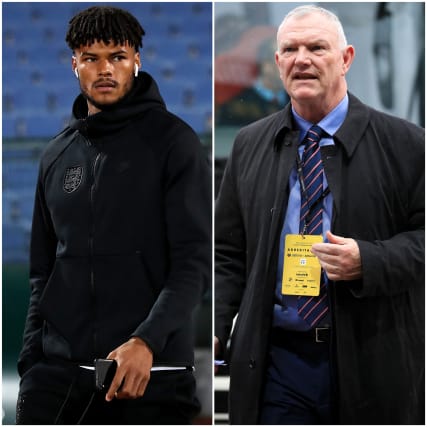 England defender Tyrone Mings believes it would be a “huge step” in the fight for equality if the next Football Association chairman was a black man or woman.

Greg Clarke resigned as chairman of the governing body on Tuesday, having used the word “coloured” among other controversial comments before a Digital, Culture, Media and Sport committee earlier in the day.

The incident occurred just a fortnight after the FA launched its new diversity code, which aims to ensure more candidates from ethnic minorities can land top jobs.

Mings was involved in the code’s creation and the Aston Villa defender said Clarke’s comments showed “we still have a long way to go and this probably proves it”.

“But ultimately that isn’t what we’re asking for. We’re not necessarily asking for the next chairman or chief to be black.

“What we’re asking for is equal opportunities for both black and white people, or ethnic minorities.

“So the opportunities to be equal, the candidates themselves to be rightly qualified for the job because I don’t think anybody would want the job – whether you were black or white – if you weren’t qualified for it and you weren’t well equipped to be successful in that role.

“So we’re not necessarily asking for that as a sign of, ‘we’ve made it now’ or, ‘this is what we’re fighting for’. What we’re asking for really is equal opportunities for everybody to have a fair crack of the whip.”

Mings faced the media ahead of England’s friendly against the Republic of Ireland at Wembley on Thursday.

But Clarke’s comments understandably dominated the agenda just a day after the FA’s latest update on ‘In Pursuit of Progress’ – its three-year equality, diversity and inclusion strategy.

“Absolutely (the goal is to have more representation at managerial and coaching levels),” the England international said. “I don’t think that’s bad for the game whatsoever.

“There’s no point placing someone there, them failing and then saying, ‘Oh, we tried’. It’s about how can we improve the process.”