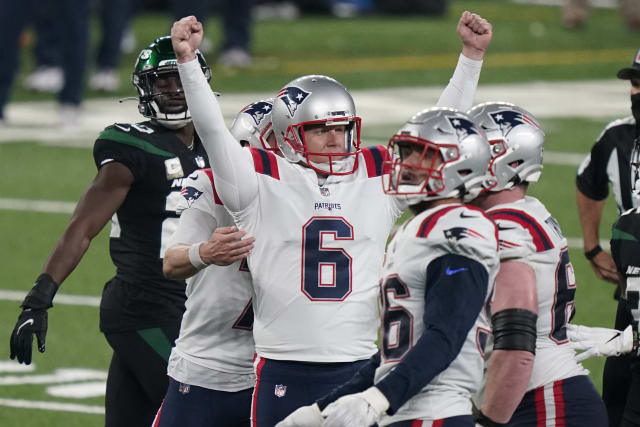 The Patriots fought back from 10 points down in the fourth quarter to make it 27-27 before quarterback Cam Newton successfully threw a 20-yarder to Jakobi Meyers with three seconds left on the clock in the play of the game.

Nick Folk, playing against one of his former teams, then stepped up and nailed the 51-yard attempt to snap New England’s four-game losing streak.

It was the kicker’s third field goal of the night, while wide receiver Meyers had a career-high 12 receptions for 169 yards.

Newton, meanwhile, ground out the short yards and rushed for two touchdowns as well as completing 27 of 35 passes for 274 yards.

The Jets move to 0-9 for the first time in their history, despite veteran Joe Flacco completing 18 of 25 passes and moving to 20th on the all-time yardage list.