Mason Mount believes he can play alongside Jack Grealish for England 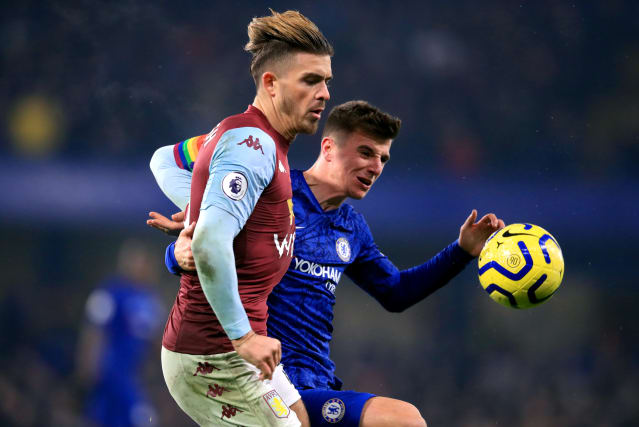 Mason Mount believes any comparisons with England team-mate Jack Grealish are unwarranted and insists the pair could play together in the same side.

Plenty of supporters were clamouring for Aston Villa captain Grealish to start the two Nations League games last month after he made his full debut in the win over Wales.

Mount took some criticism on social media purely by being named in Gareth Southgate’s side instead of Grealish, who has been in fine club form this season.

Chelsea forward Mount responded by scoring the winning goal as England beat Belgium, the best-ranked team in the world, at Wembley on October 11.

But that was soon forgotten as Denmark would secure a shock victory over the Three Lions just three days later to leave England’s hopes of qualifying for the Nations League finals in serious doubt.

They face a friendly against the Republic of Ireland on Thursday night before travelling to face Belgium, with the final Group A2 tie at home to Iceland still in limbo due to new coronavirus measures in Denmark.

With plenty of selection headaches to ponder for Southgate, Mount feels it should not be a straight shoot-out between Grealish and himself for a spot in the team.

“I spoke about Jack the last camp,” he said.

“Obviously we all know what he can do but I think everyone’s always going have an opinion and say stuff but we have massive focus on our games.

“There’s all different players in this squad who can play in different positions. That is the kind of squad that’s been picked.

“Players that can be played in higher positions and in deeper positions. That’s the focus of the squad.

“So the comparisons (with Grealish) are not just I don’t think. Me and Jack do different things, along with all the other attacking players and midfielders.

“Hopefully we can all work together, as I said, over the next three games especially and we can play together and do the best we can.”

Mount, who has played a total of 32 minutes alongside Grealish for England, went on to say that the pair are not rivals as he hailed his compatriot’s performances so far this season.

“We are two different players and we do different things, so I’d never look at it as a rivalry. We are two team-mates who play for the same country.

“We want to do the best for each other, for the team and for the country as well. We are kind of different players. We can play in different roles. I look at the way he’s been playing this season, he’s been unbelievable and we both want to bring that to the next three games coming up.”