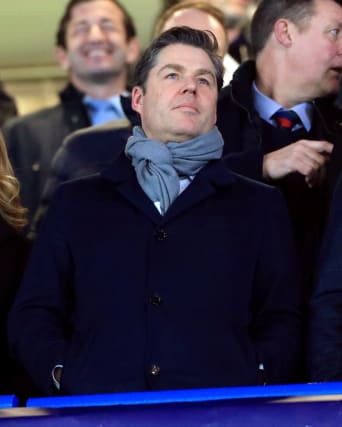 The Premier League’s chief executive Richard Masters says there are “scarce resources” within football for a coronavirus rescue package as he and EFL chairman Rick Parry prepare to face MPs on Tuesday.

The Digital, Culture, Media and Sport (DCMS) committee will seek answers from Masters, Parry and Football Association chairman Greg Clarke over the continued absence of an agreement over a bailout for the EFL.

The committee’s chair, Julian Knight, is in agreement with the Government that the Premier League should be the ones to provide the financial support for the lower leagues, where clubs have been hit especially hard by the impact of the coronavirus pandemic on matchday revenues.

Knight hopes Tuesday’s session will help break the deadlock, and while Masters said his organisation stands willing to continue to talk, he pointed out the pandemic has affected the Premier League, and therefore its ability to assist the EFL.

“Our offer goes to the issue of ‘need’ rather than ‘want’, and where you have scarce resources in the current environment that has to be the right approach,” he told politico.eu.

“It also mirrors the Government’s approach — rescuing other areas of sport, and indeed the economy, to save bits from going out of business, rather than to underwrite losses.”

The EFL says it needs £250million to cover the shortfall it faces as a consequence of games being played behind closed doors, and has asked for Government help.

The Premier League has so far offered £50million in grants and loans, with EFL board member Steve Curwood saying last week that a further £30million emergency loan facility had been offered to Championship clubs.

Curwood said that £80m package still “barely touched the sides” of what was needed.

Knight believes the Premier League does have the financial capability to fund a bailout, pointing to clubs spending over £1billion in the summer transfer window.

Masters defended that outlay, insisting it is vital for clubs in order to compete in the top flight.

“The Premier League is the most competitive league in the world, and you can’t stand still,” he said.

He pointed out that £250m of that outlay went to EFL clubs, “which obviously assisted many clubs to reach a financially secure situation”.

The Premier League was unhappy about Parry’s involvement in the proposals, which sought to provide an immediate £250m bailout to the EFL and a 25 per cent share of future broadcast revenues but controversially placed greater power in the hands of the top flight’s big six clubs.

PBP was quickly rejected by the Premier League, which is continuing with its own strategic review that began in February.

Clarke will also be questioned about his role in the talks. He stated in a letter to the FA Council that he walked away from the discussions in the spring, when he said a breakaway competition was mooted as a threat if the proposals were not accepted by other clubs.

Since then, Clarke’s version of events has been questioned in a number of media reports.

Masters said about the proposals: “I can’t pretend it hasn’t created difficulties.

“The most important thing is all 20 clubs are now committed to a strategic review of the Premier League … I don’t think the status quo is probably the right or the unifying way forward. But I don’t want to be presumptive about how it’s going to finish.”