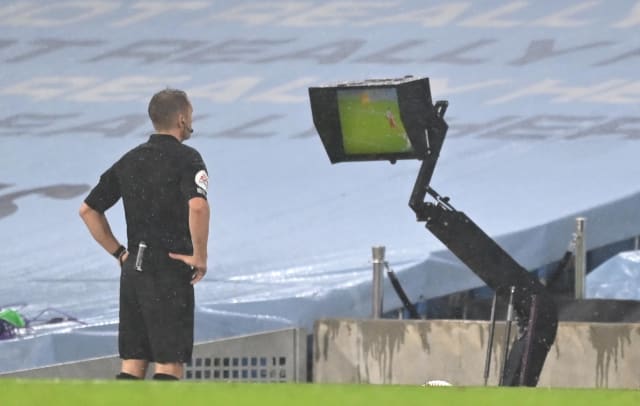 The Premier League weekend brought another round of questionable calls and more debate around the video assistant referee system.

Here, the PA news agency looks at some of the key incidents.

The Leeds striker had a goal, which would have been the equaliser in a game the visitors went on to lose 4-1, ruled out after VAR ruled he was offside. Closer analysis by the VAR determined the 27-year-old’s left upper arm – the ‘shirt-sleeve’ interpretation – was in an offside position as he pointed to where he wanted team-mate Mateusz Klich to play the ball. Former Wales midfielder turned pundit Robbie Savage described the decision as “the worst in the history of football”. Ex-England striker and Match of the Day host Tweeted: “Absurd. I actually loathe the way it’s being implemented.”

Dennis Praet’s cross hit Wolves defender Max Kilman at close-quarters and on-field referee Anthony Taylor initially signalled for a corner kick. However, VAR official Stuart Atwell sent Taylor to view the monitor and the referee subsequently overturned his initial decision and pointed for a penalty from which Jamie Vardy scored the only goal of the match and moved the Foxes top of the Premier League. Footage was later shown at half-time of the head of the VAR team Neil Swarbrick speaking with the match VAR official Stuart Attwell. Former Liverpool defender Jamie Carragher said: “I think he might be telling him he’s made a mistake. Why else would you go in and explain using that running action if they think they have got it right?”

Less than a couple of hours after the Kilman handball incident, there was another question mark when Kevin De Bruyne’s driven cross struck a running Joe Gomez, who tried to pull his arm out of the way only for the ball to hit his elbow. Referee Craig Pawson viewed the incident on the monitor and awarded the penalty, which De Bruyne missed. “I reckon you and John Terry would have given away 40 penalties a season – at least,” former Manchester United and England defender Gary Neville said to Carragher on Sky Sports commentary.

VAR was also responsible for chalking off a goal for Aston Villa’s John McGinn after just 45 seconds. McGinn’s shot gave Bernd Leno little chance of saving it but with Ross Barkley stood in the goalkeeper’s eyeline and marginally offside, referee Martin Atkinson was invited to view the replay for himself. It took almost five minutes for the goal to be ruled out.