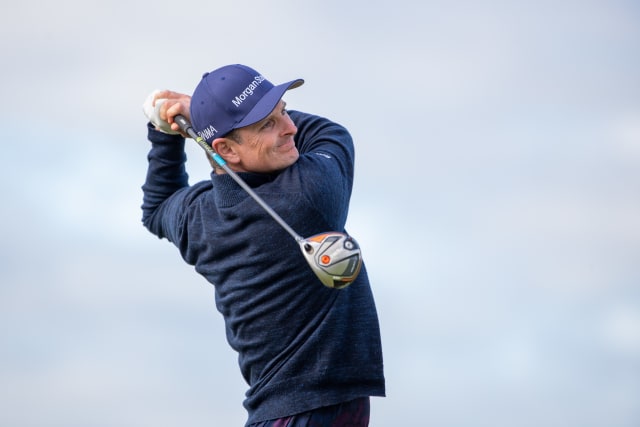 Justin Rose believes any attempts to “Bryson-proof” Augusta National would prove futile as the US Open champion looks to claim back-to-back major titles in the 84th Masters.

Bryson DeChambeau has dominated the headlines since golf returned from the coronavirus shutdown and proved the doubters wrong with his emphatic victory at Winged Foot, a course which was meant to expose the limitations of his one-dimensional ‘bomb and gouge’ approach.

DeChambeau’s six-shot victory has seen him installed as the favourite for the Masters, where Tiger Woods’ 12-stroke triumph and 18 under par winning total in 1997 prompted talk of trying to “Tiger-proof” venues in response.

Speaking after finishing a distant second to Woods, Tom Kite said: “Obviously, the Masters committee has to be a little concerned. They’ve got a golf course that’s pretty darn tough, and they’ve got somebody just ripping it up.”

Joint course record holder Nick Price added: “It’ll be interesting to see what they do to their golf course. They have to do something.”

Woods was not exactly perturbed by the changes, winning his second green jacket in 2001 and defending his title the following year, and although he did not perform well in 2003 or 2004, his victory in 2005 was the start of a nine-year run in which he only once finished outside the top six.

The most recent course change, which saw the fifth hole lengthened by 40 yards for 2019, did at least cause Woods problems as he made bogey there in all four rounds, but that did not prevent him from securing an emotional fifth Masters title and first major since 2008.

And even though the par-five 13th could be lengthened in the future after the purchase of land from the adjacent Augusta Country Club made room for a new tee, Rose would not expect that to make much of a difference to DeChambeau.

“He putts well and he hits a 350-yard high draw, so as far as I can see that’s a decent recipe for Augusta,” Rose told the PA news agency.

“He’s hitting sort of 60 per cent of fairways and I don’t see many other top players doing much more than that.

“He’s doing a great job of lashing it fairly straight so I don’t know how you protect against that. Fair play to him.”

While DeChambeau’s best finish in the Masters is a tie for 21st in 2016 while still an amateur, Rose was runner-up in 2015 and 2017 and last year’s missed cut was his first in 14 appearances.

The Olympic champion lost out to Ryder Cup team-mate Sergio Garcia in a play-off in 2017 and is hoping his experience will help him deal with the vagaries of the first ever autumn Masters.

“I know how to play the golf course, I know the strategy that I like to see around there and how I like to play it,” added the former world number one, who has slipped to 27th in the rankings.

“I’ve always gone in the spring, I’ve never gone once it’s reopened in October. I’m probably going to spend the week before in the area and get acclimatised.