Can Scotland and Northern Ireland reach Euro 2020 through this week’s play-offs? 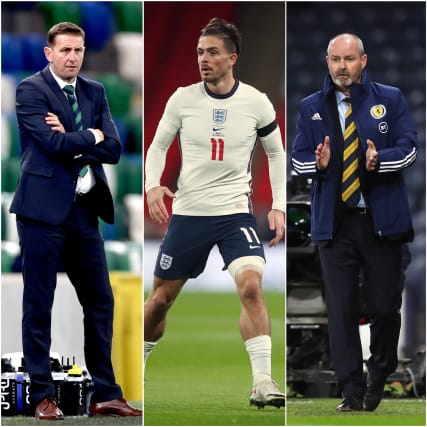 Scotland and Northern Ireland are one victory away from joining England and Wales at Euro 2020 and will look to produce their best in Thursday’s crucial play-off final matches.

The Republic of Ireland’s hopes ended last month, but they will attempt to claim bragging rights against Gareth Southgate’s men in a clash at Wembley on the same night.

France 98 was the last time the Tartan Army were able to attend a major tournament and their pain in recent years has been exasperated with all the other home nations sampling life at a big competition. Steve Clarke’s team face a tough test away to Serbia in Belgrade, but enter the play-off unbeaten in eight and know the scale of the prize on offer.

Not since the 1980s have Northern Ireland been regulars at events on the world stage, but victory over Slovakia in Belfast would make it a second major tournament appearance in five years. Ian Baraclough’s team will be backed by a small number of supporters, with just over 1,000 allowed inside Windsor Park, and they will hope to give them plenty to shout about.

Grealish and Rice in white against Boys in Green

While Scotland and Northern Ireland will be vying for Euro 2020 qualification on Thursday, the Republic of Ireland will console themselves on missing out with a fixture at Wembley. The late Jack Charlton, a hero in both countries, will be remembered and Three Lions duo Jack Grealish and Declan Rice will do battle against a national team they could have played for.

A number of Premier League stars are expected to miss the majority of Denmark’s fixtures during this international break. A new Government ban on arrivals from Denmark includes elite sportspeople, who had previously been exempt. If Kasper Schmeichel and Pierre-Emile Hojbjerg were to play in home games this week, they would have to isolate for 14 days on arrival back in England. It leaves the plans of boss Kasper Hjulmand up in the air.

In addition to Denmark’s aforementioned problems due to the coronavirus pandemic, it is set to impact Iceland too, who play the Danes on Sunday before they visit England next week in the Nations League. That fixture at Wembley is in doubt and elsewhere Belgium will be missing Eden Hazard because he has tested positive for Covid-19 and Italy manager Roberto Mancini will be absent after he contracted the virus. It begs the question should friendlies and Nations League games being going ahead this month?