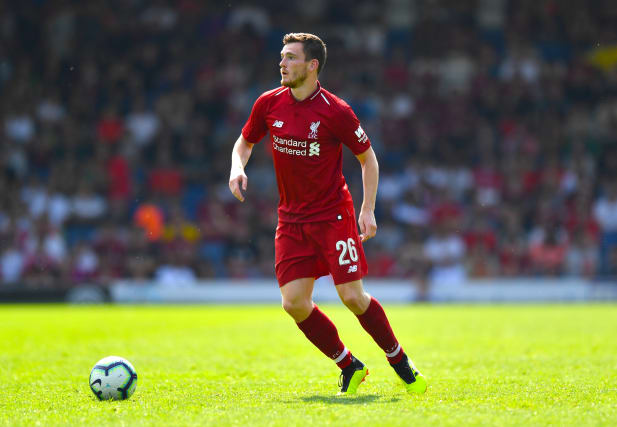 Andy Robertson believes Liverpool’s point at Manchester City on Sunday has left them well placed amid this season’s unrelenting schedule.

The champions lost top spot in the Premier League over the course of the weekend but were satisfied to leave the Etihad Stadium with a 1-1 draw against their anticipated chief title rivals.

There has been little let-up this term for the Reds with midweek Champions League and Carabao Cup fixtures crammed in around the revised Premier League programme.

This pattern will continue after what, for many players, will be a three-game international break over the next fortnight. There will then be more midweek Premier League games throughout the winter months.

The nature of the calendar has raised concerns about player welfare – with rival bosses Jurgen Klopp and Pep Guardiola, who have both been hampered by significant injury lists this season, making complaints clear after the game.

Trent Alexander-Arnold became Liverpool’s latest casualty as he limped off with a calf injury in the second half.

Left-back Robertson feels the champions are doing well to be third in the circumstances.

The Scotland international told the club’s website, www.liverpoolfc.com: “We are always hungry for more but we have to be happy.

“I think when we started getting some injuries and lost a couple of players with Covid-19 everyone expected the wheels to fall off.

“But we’ve managed to steady the ship a little bit and pick up some great results. Long may that continue and long may we keep building our confidence and building our performances.

“I think this was one of our best performances in a while and hopefully we come back from internationals full of confidence and we can really kick on because we are a good team.

“I hope we go and attack this Christmas period because it’s going to be hectic.

“But we have dealt with it pretty well in previous seasons and that’s what we need this season.”

Liverpool, playing a four-man attack, started at a ferocious pace and took an early lead with a Mohamed Salah penalty. Gabriel Jesus, making his first start after injury for City, levelled on 31 minutes with a fine turn and finish.

Both sides had chances to win but City spurned the best of them when Kevin De Bruyne missed a penalty before half-time after a controversial handball by Joe Gomez.

The result left City in 10th in the table at the international break.

They do still have a game in hand but Jesus felt the hosts had let two points slip.

The Brazilian said: “We have to win all the games we play here. We have to control more, play more, attack like we have in the past and try to score from our chances.

“The result is maybe not (as) good for us (as) for them but we have to keep fighting to the end because there are a lot of games to play.

“We know they work hard and have a lot of amazing players. They can beat us and we can beat them. It’s football.”