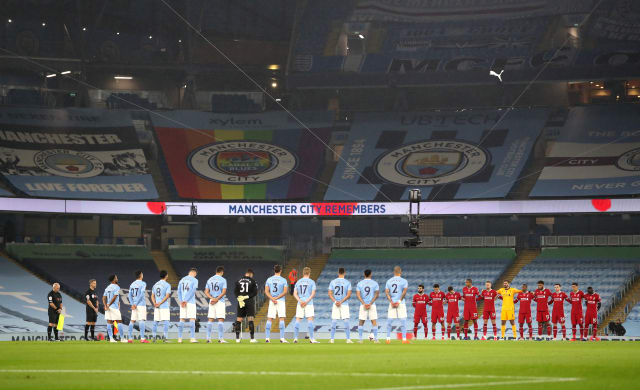 Here, the PA news agency looks at some of the best examples from November 8.

Michael Owen welcomed Harry Kane to the Premier League’s 150-goal club, and wished the Tottenham better luck than he enjoyed after reaching the landmark.

As was Moussa Sissoko.

Manchester City and Liverpool players felt it was one point gained following an entertaining 1-1 draw.

Although former City star David Silva was hoping for more.

Marcus Rashford pledged “fight for the rest of my life” to end child hunger in the UK after forcing another Government U-turn.

Ademola Lookman vowed to score his next penalty.

Zlatan Ibrahimovic has a strong connection with his dog.

Oriol Romeu decided to take a step back from social media.

There was no plain sailing for either team at Plainmoor.

Augusta National usually hosts the Masters in April, but Ian Poulter revealed that the course still looks a picture in November.

Chris Froome finally got his hands on the 2011 Vuelta a Espana trophy.

Lewis Hamilton was urging people to keep following their dreams.

Australia team Simon Whitlock and Damon Heta were ready for their clash with Wales on the final day of the World Cup.

KP was turning his arm over in the nets.