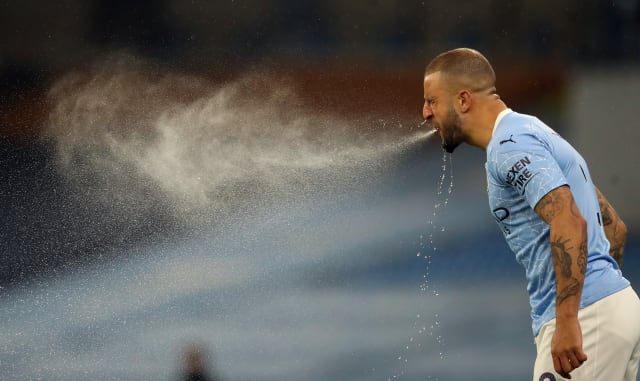 Roy Keane labelled Kyle Walker “an idiot” after the Manchester City defender conceded a penalty in his side’s 1-1 draw with Liverpool.

Walker brought down Sadio Mane in the 13th minute of the Premier League contest at the Etihad Stadium, with Mohamed Salah converting the resulting penalty.

City’s players felt Raheem Sterling had been fouled in the lead-up to the incident but their protests were waved away by referee Craig Pawson.

Analysing the game for Sky Sports, former Manchester United captain Keane said: “I think it is an initial foul but I think the referee, to be fair to him, is looking at Sterling and thinking he’s in the penalty box, he’s took another touch on the ball and trying to play the advantage.”

Asked by presenter David Jones how Mane earned himself a penalty seconds later, Keane added: “Because he’s up against an idiot.

“Kyle Walker, people tell me he’s playing well – I don’t think so. I think this guy is 30 years of age, international player… he’s a car crash, keeps making these types of mistakes and rightly punished for it.”