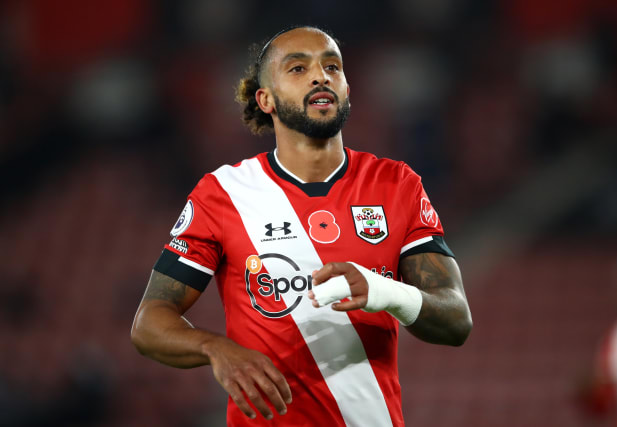 Ralph Hasenhuttl praised Theo Walcott’s performance in a central role as Southampton reached the summit of the Premier League for the first time ever with a dominant 2-0 victory over Newcastle.

Walcott pulled back the ball to strike partner Che Adams for Southampton’s seventh-minute opener before Stuart Armstrong wrapped up all three points in the 82nd minute to put Hasenhuttl’s men at the top of the table ahead of the weekend’s fixtures.

It was a change of position for Walcott, with the injury to Danny Ings leaving space in the middle, and the 31-year-old impressed his manager.

“The idea was to play him a little bit more in the red zone, like Danny did in the last game,” Hasenhuttl said.

“With Moussa (Djenepo) and Stuey (Armstrong) also in the red zone, we had Theo always reachable for Prowsey (James Ward-Prowse).

“This was a good decision I think because then he could speed up the game there on dropping back five and create a lot of chances.

“I like the way they worked together. Also against the ball is massive the work they have to do there.”

Walcott’s partnership with Adams could be set to continue with the club’s top goalscorer Ings facing a month on the sidelines.

Hasenhuttl added: “The good thing from Theo is he can really run – I think it means something for him to play for his old club and this is what he shows.

“I am very happy. I can say surprised that he learned so quickly what we are doing here.

“This is the good thing for me. It seems that he’s a tactically experienced guy.”

Newcastle defender Fabian Schar made no excuses for his side’s disappointing performance and said the display was “not enough” in the Premier League.

The Switzerland international told NUFC TV after the game: “Everybody had a s*** game to be honest.

“I think we need to look in our mirrors and we can’t continue like that. We had a good game against Everton and then we started the game like this, 90 minutes not doing enough, losing the ball too early, weren’t solid enough.”

Schar believes it is a shame Newcastle do not have the opportunity to bounce back immediately due to the international break.

“It’s a shame what we done tonight to be honest, I don’t think we can keep going like that, if we play like that it’s not enough in the Premier League,” he added.

“I think from all the players we need to do more and this is what we have to think about and just everybody has to start by themselves and doing a better job.”