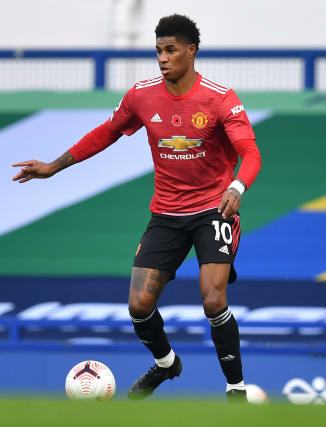 Here, the PA news agency looks at some of the best examples from November 7.

Everton hailed Marcus Rashford for the work he has done campaigning for free school meals.

Did Rashford score against Everton? Maybe…

And he got an assist from Juan Mata in wishing David De Gea a happy birthday.

Who knew Rishi Sunak was a Saints fan?

Che Adams is a key man for Southampton.

And he loved his Friday evening.

And Carragher bit back.

Before tuning in to watch Manchester United take on Everton.

Kai Havertz is focused on a return to action after a positive Covid-19 test.

Alex Morgan is set for her Spurs debut.

Ayoze Perez was having none of one Leicester fan’s Cengiz Under-pants.

The Barmy Army made fun of Mitchell Johnson with a US election-style tweet.

Australia beat the All Blacks.

Justin Rose was getting ready for Augusta National.

Tyson Fury needs an opponent for his homecoming fight next month.

Tony Bellew was on Bernard watch during the Everton v United clash.

Dillian Whyte was working hard despite his bout against Alexander Povetkin being postponed.