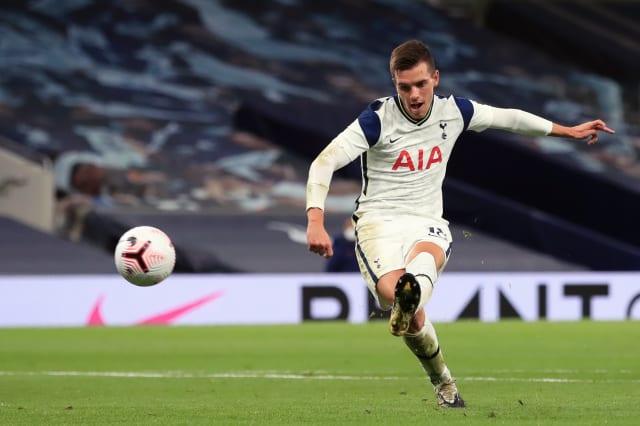 Tottenham boss Jose Mourinho says Giovani Lo Celso has the potential to be an “amazing player” once he can get in peak physical condition.

Lo Celso is another exciting player in Spurs’ vast attacking armoury, but he has struggled with injuries over the last six months and Mourinho says they are not seeing the best of him.

He scored during Thursday’s 3-1 win over Ludogorets in the Europa League on Thursday and got more than 70 minutes under his belt.

The Argentina international, who will head to South America next week for national team matches, is likely to be on the bench for Sunday’s Premier League clash at West Brom.

“His physical condition is not good. He didn’t have a pre-season,” Mourinho said. “During the lockdown during the previous season he had problems – he didn’t train in that period when other guys were training so he has been up and down in his preparation.

“But with the ball of course great criteria and he knows what he’s doing of course, and understands the way we want to play.

“But we need more intensity to be fitter, to be more intense and to be stronger in the transitions.

“But of course he played more than an hour (on Thursday) and for that hour, of course, was a football match that we needed to win. But it was also let’s say, a training session to improve his match fitness.”

Spurs can go top of the Premier League with victory at the Hawthorns, if only for a couple of hours, if they beat a West Brom side struggling to adapt to life back in the top division.

Baggies boss Slaven Bilic is coming under pressure, with reports that Lee Bowyer is being lined up as a replacement.

Mourinho said: “I don’t know if he is under pressure or not. If he is, it is difficult to understand because he has helped the club in such a difficult position after being relegated.

“He brought them back to the Premier League and we started the season just a couple of months ago. It is also a strange league at the moment.

“You win a game you are up in the table, you lose one and you are back down again. So I really don’t understand why he is under pressure, if that is the case.

“But he is a big boy and he has a lot of experience which can help his club and I am sure he can cope with anything he has to deal with.”