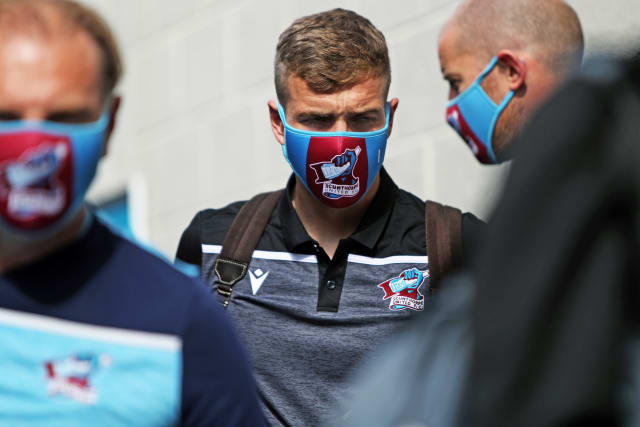 Scunthorpe saw a number of players miss last month’s defeat at Exeter after testing positive for coronavirus and their availability for the FA Cup first-round tie against Solihull is unknown.

Rory Watson, Tyler Cordner, Jacob Bedeau, Alex Gilliead, Lewis Spence and Abo Eisa were absent against the Grecians, which was the Iron’s last match before their fixtures against Salford, Colchester and Port Vale were postponed.

Frank Vincent is sidelined for two months because of a thigh injury while Harrison McGahey is likely to miss out with a hamstring problem.

Charlie Barks, Finley Shrimpton and Harry Jessop have returned from loan spells and are available.

New Solihull signing Krystian Pearce is poised to make his second appearance since arriving from Mansfield at the end of last month.

Justin Donawa, another new recruit, was on the bench for the 3-1 defeat at Maidenhead but he could make his full debut.

Boss Jimmy Shan is assessing his options as the club’s five-match unbeaten run expired in Kent.

“We have to have that bounce-back ability like we had on the opening day against Woking and put all our preparation into that FA Cup tie against Scunthorpe,” Shan said.