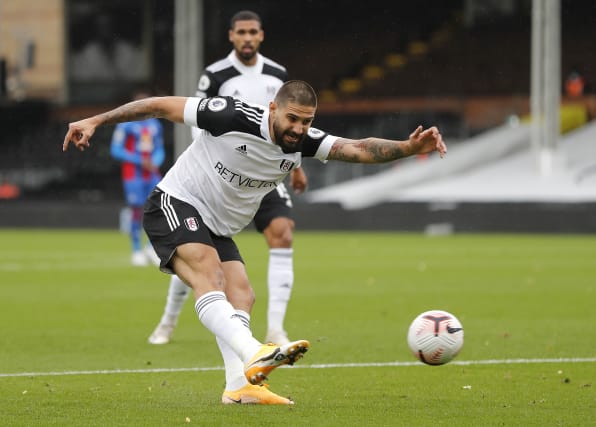 Scott Parker has praised Aleksandar Mitrovic’s “relentless” work ethic but would like to see the forward providing more assists.

Mitrovic missed a penalty and conceded another against Sheffield United on October 18, but the Serbia international bounced back on Monday with two assists as Fulham recorded their first league victory of the season – a 2-0 win against West Brom.

It appeared the 26-year-old had added another dimension to his game. He was the Sky Bet Championship’s golden boot winner last season but mustered only three assists across the campaign.

Asked whether Mitrovic had been working on becoming more of a provider, Parker said: “Not really, no.

“I think Mitro would be the first to say he’s very disappointed with his performance (against Sheffield United). It can happen to anyone, but he probably put a lot on himself, which you often find that a lot of players do.

“Since then there’s been a real credit and a real drive in him. I think he’s been at the forefront of everything and I think you see that definitely on Monday night.

“A player who was relentless in his work ethic, his all-round play for the team was very good and he comes away with two assists, which was very pleasing as well.

“He’s been first class and needs to maintain those levels, which I’m sure he will, and keep helping us in this division.”

While Mitrovic has not been working specifically on teeing up chances for others, Parker would welcome it as an added weapon at his disposal.

“He needs to add that to his game, he’s that sort of player that can bring people into play,” said Parker.

“(He’s) the sort of player who, if the ball goes in the box, he’s likely to at least challenge or get first contact on that ball against the defenders.

“He’s got the capabilities of making more assists and it’s something I’m sure he’ll want to do.”

West Ham currently sit 14th in the top flight, having won two matches and earned hard-fought draws against Manchester City and Tottenham, and Parker expects a difficult challenge when his side head to the London Stadium.

“It’ll be a tough game against a very good opposition who have done very, very well of late,” the Fulham manager said.