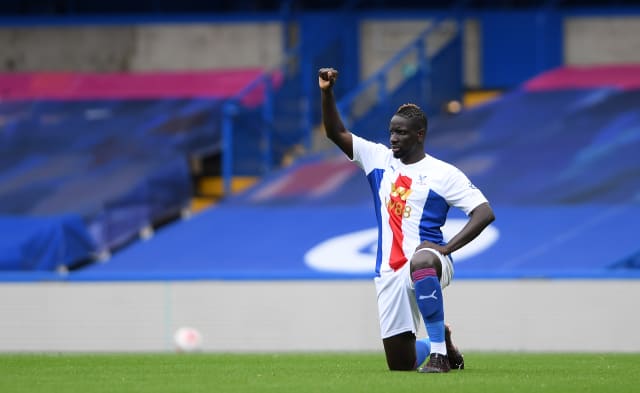 Roy Hodgson is pleased Crystal Palace centre-back Mamadou Sakho was vindicated in the High Court this week over allegations he had taken a banned performance-enhancing drugs.

Back in 2016, the former Liverpool defender was briefly suspended after he tested positive for a fat-burning substance called higenamine, but UEFA’s disciplinary body later found it was not on World Anti-Doping Agency’s banned list.

Despite this, WADA – in statements issued to the Daily Telegraph and Guardian within the next 12 months – stated Sakho was guilty of taking a prohibited performance-enhancing drug.

The one-time France international sued WADA for defamation and at a High Court hearing in London on Wednesday accepted an apology from the organisation and an undisclosed sum in damages.

“It’s been strong of him to pursue it and to keep going because there must have been plenty of black moments along the way he’s had to fight through and this week he got the news he had been cleared,” Hodgson said.

“I’ve certainly spoken to him and congratulated him on all the efforts he has had to make to clear his name.

“I told him how delighted I was that he has cleared his name because this is a very nasty accusation to be hanging over your head, that you’re the drug cheat, especially when you haven’t cheated at all and it’s been a mistake unfortunately from WADA which I’m pleased to say.

“Also I must congratulate them. They’ve had the decency and the courage to hold their hands up and say, ‘this was a mistake, we have perhaps damaged this man’s career and we’re making a full apology for it, and we are presumably compensating him for any losses he has had along the way.’”

While suspended at the end of the 2015-16 season, Sakho missed out on a place in Liverpool’s side to play Sevilla in the Europa League final and also France’s squad for a home European Championship.

He moved to Selhurst Park in 2017 and quickly impressed, however in recent seasons injury problems have restricted his involvement under Hodgson.

Sakho, 30, is expected to be part of the squad to face Leeds in the Premier League on Saturday, but the Eagles remain without summer signing Nathan Ferguson.

The full-back is sidelined with a knee injury and after revealing the former West Brom defender suffered a setback earlier in the season, Hodgson conceded time is needed with the youngster.

Hodgson added: “The answer to the question as to when we can expect to see him, no one can say at this moment in time.

“Everyone at the club is very anxious that we don’t now spoil a lot of this good rehabilitation work that’s been going on by thrusting him back into a situation too early that the knee can’t handle.”