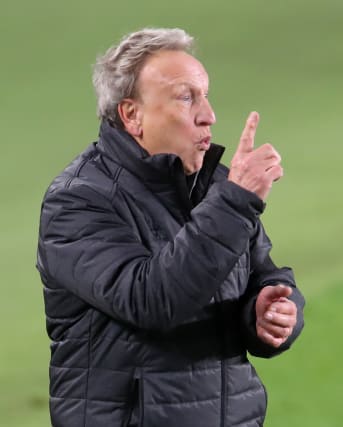 Middlesbrough boss Neil Warnock is relishing the status of being the manager Sky Bet Championship teams do not want to come up against.

The 71-year-old, who was parachuted in by Boro at the end of last season to drag them out of relegation trouble, has overseen a nine-game run without defeat in the league since the opening-day loss at Watford.

Warnock, who takes his side to Brentford on Saturday, said: “I revel in that. I don’t like anybody having an easy game against my teams. I’m probably near the top of the league in that respect when you look at managers you don’t want to play against.

“I’m not saying that we’re very, very good, but I don’t think you want to play against us. I’ve always taken pride in that.”

The Teessiders, who have conceded only five league goals to date this season, head into the weekend just two points adrift of second-placed Swansea, but wary of the threat posed by in-form Bees frontman Ivan Toney.

Warnock said: “Toney has got 10 goals – I think that’s more than we’ve scored, isn’t it? Having said that, they did pay £10million for him, so you’ve got to put things in perspective.”

Leaders Reading entertain Stoke in the early kick-off determined to bounce back from back-to-back defeats by Coventry and Preston.

Manager Veljko Paunovic told the club’s official website: “We need to get back on a winning road.

“When you lose a game, you want to play immediately so you can fix it, so we have to control the anxiety we have, recycle it and turn it into positive energy and a winning mentality.”

Third-placed Norwich and Swansea in second meet at Carrow Road separated by a single point, while Watford host promoted Coventry.

At the foot of the table, it could prove a significant day for basement boys Sheffield Wednesday with the halving of their 12-point deduction this week meaning they could climb off the bottom, and even out of the relegation zone, with a win over Millwall.

Derby manager Phillip Cocu will be desperate to ease the pressure on his shoulders with victory over Barnsley as Nottingham Forest counterpart Chris Hughton hopes to build upon the midweek success over Coventry when Wycombe head for the City Ground.

Elsewhere, relegated Bournemouth will look for a response to their 1-0 defeat at Sheffield Wednesday which ended their nine-game unbeaten league start, while Luton travel to Huddersfield on the back of their midweek victory at Rotherham.

The Millers have a chance to make amends at home to Preston and Blackburn go in search of just a second win in eight attempts at home to QPR.