Man City must do without Sergio Aguero against champions Liverpool 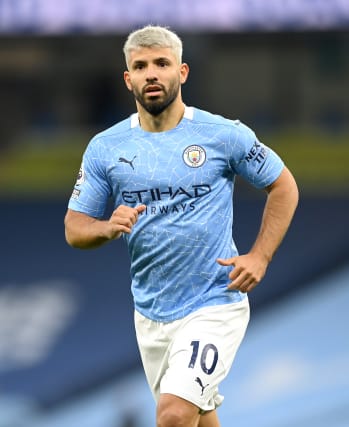 Sergio Aguero will not return for Manchester City’s Premier League clash with champions Liverpool on Sunday.

City’s record goalscorer, who has missed the last three games with a hamstring injury, had been given an outside chance of returning against the leaders.

That has now been ruled out, with the 32-year-old instead aiming to make his comeback against Tottenham after the international break.

Asked if Aguero could feature this weekend, manager Pep Guardiola said at a press conference: “No, he is not ready, not yet.”

Aguero’s injury had left City without a specialist centre forward but Gabriel Jesus made a goalscoring return to action as a substitute against Olympiacos in the Champions League in midweek.

The Brazilian is now likely to be involved against the Merseysiders and has already spoken about the importance of winning the game.

While not doubting the significance of the game, Guardiola, however, says it is too early in the season to draw many conclusions.

He said: “It is an important game but, like the presidential elections in the USA, all the votes must be counted – there are a lot of points to play for.”

Guardiola believes it will be good for his side to measure themselves against Jurgen Klopp’s team.

He said: “It’s always nice to play against the strongest teams and last year they were stronger.

“They are an exceptional team, they have had the same manager for a long time and it is nice to face him all the time to improve our level.”