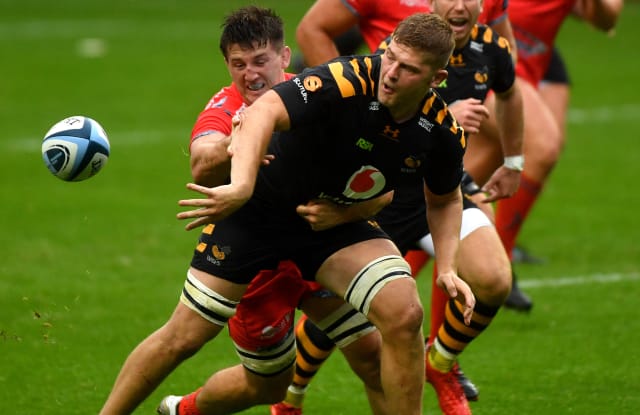 Tom Curry should be the first name on Eddie Jones’ England team-sheet but Jack Willis must still be given his chance in the Autumn Nations Cup, according to David Flatman.

Curry has been an ever-present under Jones for the last two years and was a star of the 2019 World Cup where he earned global recognition as a tireless flanker capable of making big game impacts.

Alongside Sam Underhill and Billy Vunipola, he has formed a highly-effective back row but pushing hard for a first cap is Willis, the Wasps turnover specialist who former England prop David Flatman believes is the best player in the Gallagher Premiership.

“Tom Curry is the first player I would pick in the team, I would pick him over anyone else. He’s that good,” the Amazon Prime Video pundit told the PA news agency.

“He makes no crazy mistakes, is thunderously powerful and fit. His contributions don’t see to wane as the match goes on. I think he’s a phenomenon and a world XV player.

“If he stays fit, you’re looking at a 100-cap international, so if he misses the odd game, he isn’t going to suffer. He’ll be fine.

“Whoever misses out in that back row in order for Jack Willis to start, that has to be good for English rugby

“I want to see Jack Willis play a couple of games this autumn. I’d be amazed if he doesn’t start and play in two or three because he’s the best player in the Premiership by a stretch.”

Amazon Prime Video’s first venture into rugby comes at a time when Welsh Rugby Union chief executive Steve Phillips says there is an “air of inevitability” over the Six Nations no longer being on terrestrial TV when the existing deal expires in 2020.

BBC and ITV currently share the broadcast rights but with the coronavirus pandemic plunging the game into a financial crisis, revenue will have to be maximised.

“We talk about how we want the masses to see internationals, but we also talk about how rugby is unsustainable and killing itself financially,” Flatman said.

“What rugby needs at the moment is to look at things differently in financial terms. It’s never quite worked since the dawn of professionalism 25 years ago.

“COVID was meant to be a great opportunity to reset the world rugby calender and it didn’t happen. Why didn’t it happen?

“One of the reasons you could argue is that some owners, clubs and unions couldn’t afford for it happen because as in a lot of sports, rugby is on the edge.

“The arrival of other platforms that disrupt the environment a bit – as long as they don’t do that aggressively – won’t hurt because it will keep pushing the levels on.”

* Autumn Nations Cup Rugby Union is coming to Amazon Prime Video, exclusively broadcasting 13 out of 16 matches from 14 November including the tournament finals