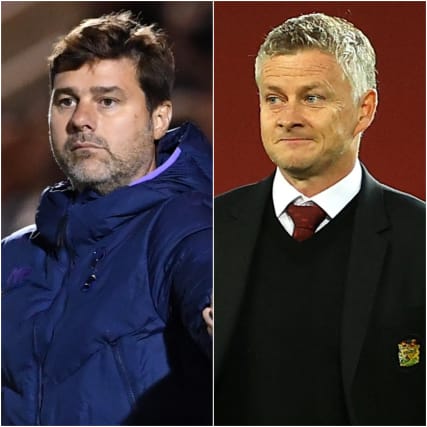 Ole Gunnar Solskjaer is under pressure after his Manchester United side have hit a rough patch of form and sit 15th in the Premier League. United take on fourth-placed Everton at the weekend and the Norwegian could be shown the door if his side lose, reports the Daily Star.

Meanwhile, the Manchester Evening News reports the club has approached MauricioPochettino, the former Spurs boss, about replacing Solskjaer at United.

Sticking with Tottenham, and the club will do all it can to secure the future of Son Heung-min at the club, with the Daily Express saying owner Daniel Levy will offer the 28-year-old the same wages as Harry Kane.

Arsenal are looking to keep MohamedElneny at the club and will look to extend the midfielder’s contract, reports the Daily Mail. The 28-year-old spent last season on loan at Besiktas but played a key role in his side’s victory over Manchester United earlier this season.

YannickBolasie could be leaving Everton in January, with Middlesbrough manager Neil Warnock keen on the winger, while he could also make an approach for KamilGrosicki from West Brom, reports the Northern Echo.

Marcus Thuram: The son of World Cup winner Lilian Thuram who is currently at Borussia Monchengladbach has caught the eye of a number of European sides, including Manchester City, Barcelona and Juventus, reports Bild.

Paul Pogba: Real Madrid will look to bring in the Manchester United midfielder for around £54million next summer, says AS.

Ozan Kabak: Schalke may be open to offers for their 20-year-old centre back of around £18m, according to Bild.