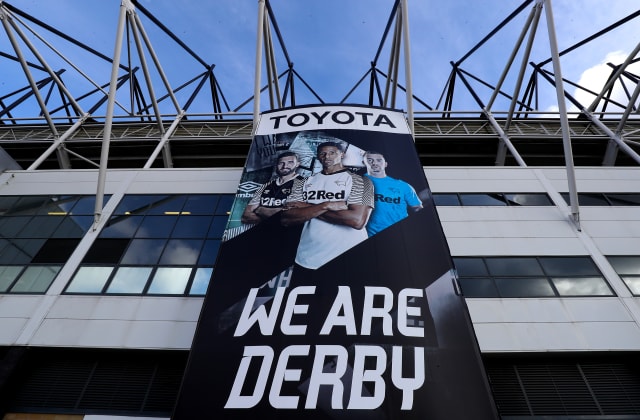 Derby have confirmed a deal has been agreed “in principle” for the sale of the club to Derventio Holdings, which is owned by Sheikh Khaled Zayed Bin Saquer Zayed Al Nayhan, a member of the Abu Dhabi Royal Family.

Rams’ owner Mel Morris has been seeking fresh investment for the club, who currently sit second bottom of the Sky Bet Championship.

Sheikh Khaled is the cousin of Manchester City owner Sheikh Mansour bin Zayed Al Nahyan, and the deal to buy Derby is reported to be in the region of £60million.

The Dubai-based Bin Zayed International group have previously been interested in takeovers at Liverpool and Newcastle, tabling a £350million bid, with their latest proposal for Derby having been approved by a meeting of the EFL board on Thursday.

“Derby County Football Club’s owner and executive chairman Mel Morris has been in discussion with Derventio Holdings (UK) Limited since May in relation to taking over the ownership the club,” a Derby statement on the official club website read.

“These talks progressed to the point where a deal has, in principle, been agreed between the two parties.

“The club’s submission under the Owners and Director’s test for Derventio was approved by the EFL board on Thursday.

“There will be no further comment from either party until the transaction has completed.”