Waiting for the right door to open – where next for manager Mauricio Pochettino? 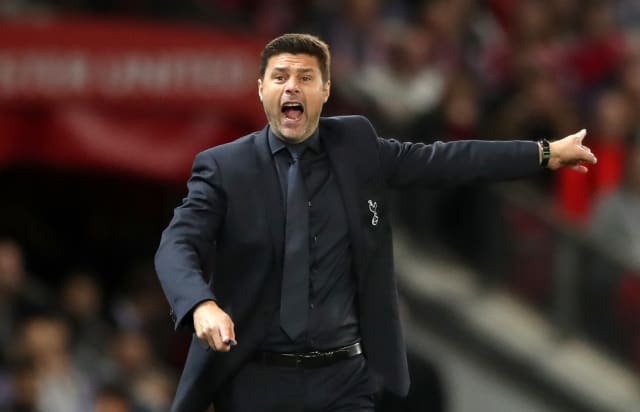 As speculation grows about Ole Gunnar Solskjaer’s future at Manchester United, Mauricio Pochettino is once again being mentioned as a possible replacement in the Old Trafford hotseat.

The former Southampton and Tottenham boss feels ready to return to management, having left Spurs in November 2019.

Here the PA news agency takes a look at five things you might not know about the Argentinian coach.

What has Pochettino said about a possible return to the game?

Having taken some time out, the 48-year-old is now hungry for his next challenge.

“I need to wait for the right project. I will not close any door,” Pochettino said when working as a pundit on Sky Sports’ Monday Night Football.

“I always feel ready to be involved in the game. It is my passion not my job.

“My energy is full and I love to be involved in the game, but at the same time I need to understand that it is a good moment to wait.

“I learned when I was really young that football will dictate your way. I am waiting to feel which is the right project to take.”

Whether or not that turns out to be the inevitable task of trying to help take United back to the top of the game remains to be seen.

Why did he leave Tottenham?

Pochettino was relieved of his duties, along with coaching staff Jesus Perez, Miguel D’Agostino and Antoni Jimenez, on November 19, 2019 – bringing an end to a five-and-a-half-year spell at the club.

During that time he delivered four successive top-four finishes in the Premier League, which included two title challenges and a memorable run to the 2019 Champions League final which saw them beaten by Liverpool in Madrid.

The club went through the transition of playing at Wembley for 18 months while their new home ground was built and transfer activity tailed off.

However, chairman Daniel Levy grew more impatient with a decline in Premier League form – a 7-2 humiliation against Bayern Munich in the Champions League and being dumped out of the Carabao Cup by Sky Bet League Two Colchester all added fuel to the fire ahead of Pochettino’s dismissal.

What is Pochettino’s backstory?

Before moving into management, the former Argentina defender was mostly remembered for the foul on Michael Owen which gave away a penalty, scored by David Beckham, in England’s 1-0 2002 World Cup group stage win in Sapporo.

Pochettino also played for Espanyol and Paris St Germain before retiring aged 34 and he moved into coaching at the Barcelona-based club, becoming manager in January 2009.

The Premier League came calling in January 2013 with a switch to Southampton.

Despite choosing to use an interpreter when speaking to the media, Pochettino got his message across on the pitch as Saints finished the campaign in eighth place, with a move to White Hart Lane following ahead of the 2014-15 campaign.

Under his tenure, Pochettino took Spurs from perennial Europa League ’round of 32ers’ and Premier League also-rans to the biggest game in the club football, helping them step out of Arsenal’s shadow to bring a feel-good factor back to White Hart Lane.

Far from it. Pochettino’s Spurs side gave their fans a swashbuckling European adventure and proved they could compete on the home front.

Spurs secured a best league finish since 1963 when finishing runners-up to Chelsea in 2017.

The team played with a high-intensity, energetic and fast style, which helped them also reach two FA Cup semi-finals as well as the 2015 League Cup final, which ended in a 2-0 loss to the Blues.

There were magical wins against the likes of Manchester City, Manchester United, Liverpool, Chelsea, Real Madrid, Borussia Dortmund as well as that unforgettable comeback against Ajax to reach the Champions League final.

If Pochettino does not end up at Old Trafford, where else might he go next?

The Argentinian coach’s stock continued to rise during his time at Spurs, with the likes of Real Madrid, Chelsea and Manchester United all reportedly ready to make a move should they want to make a change in the dugout.

Despite his time coming to a premature end at Tottenham, where he had signed a new five-year contract expected to keep him at the club until at least 2023, Pochettino remains highly regarded across Europe.

Should a vacancy not arise at Old Trafford, Pochettino’s name would very much be in the frame again were Barcelona to decide to cut short the Ronald Koeman project.