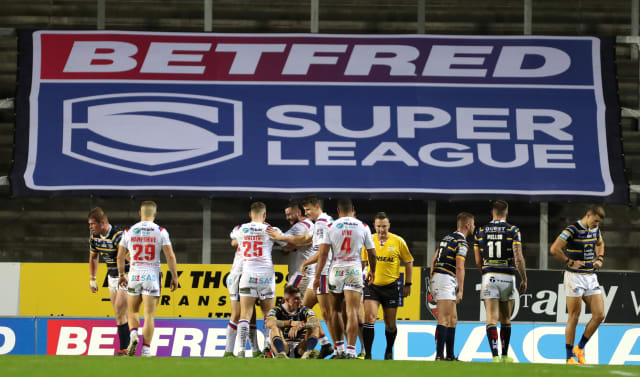 As the race gets under way to find a 12th team for Super League, it has emerged that the newcomers will receive almost half the central funding given to the other 11 clubs.

The PA news agency understands that when clubs agreed on Tuesday to replace Toronto Wolfpack in 2021, it came with the condition that the 12th team would be given £1million from the final year of the current Sky television deal.

Clubs currently receive around £1.8m but that is expected to go down when the four-year deal, worth £40m, expires at the end of 2021.

The clubs are also having to fund a rebate next season due to the loss of televised fixtures caused by the coronavirus pandemic.

Despite the reduced hand-out, there will be no shortage of takers to replace Toronto, whose application to re-enter the top flight was rejected on Monday by eight votes to four with one abstention.

The issue will be a hot topic at Thursday’s meeting of Championship and League 1 clubs, along with a proposed starting date for the 2021 season.

Toulouse, who were top of the Championship when it was curtailed in March due to the global health crisis, have already announced their bid to fill the vacancy and London Broncos – the last team to be relegated from Super League – and Featherstone – who lost to Toronto in the promotion decider just over 12 months ago – have also thrown their hat into the ring.

Leigh, York and Halifax have also signalled their interest while Bradford, who are four-times Super League champions, say they will make a decision on Friday and Widnes and Newcastle are other potential candidates.

The non-Super League clubs are likely to discover next week the criteria they need to meet to qualify and a tender process will then be set in motion.

A panel compromising representatives of both Super League and the Rugby Football League will be established under an independent chair to scrutinise the bids and make a final decision, probably in early December.

A statement released by both governing bodies said: “Details of the application process for the 12th place in the Betfred Super League in 2021 will be finalised within the next few days, including the timeline for making a decision – which will be made by a committee involving officials from Super League Europe and the RFL and with an independent chair.”

Thursday’s meeting will also consider how to proceed in the event that a club is fast-tracked into Super League from the Championship.