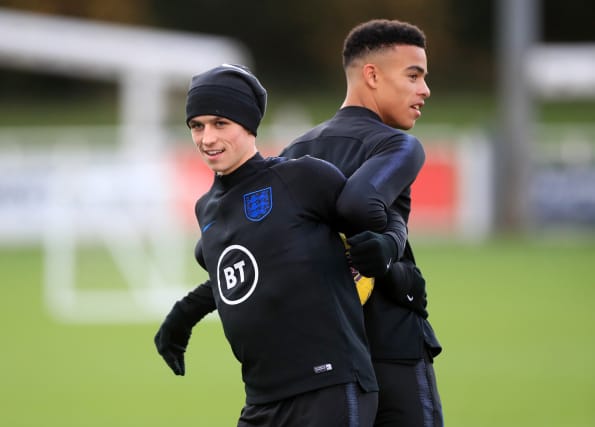 Manchester City’s Phil Foden was recalled to the England squad for the upcoming triple-header – but there was no room for Manchester United forward Mason Greenwood.

The pair made their debuts in September’s Group A2 opener against Iceland in Reykjavik, where they infuriated the Football Association by breaching UEFA’s strict bio-bubble rules by meeting girls at the team hotel.

Southgate would have sent the pair home even if they had not broken coronavirus protocols, with the England manager leaving them out of October’s matches as punishment.

Foden has since scored three times in six Premier League games and was recalled by Southgate as the Three Lions face the Republic of Ireland in a Wembley friendly next Thursday, before heading to Belgium and welcoming Iceland to London as their Nations League group reaches a conclusion.

Greenwood, however, remains out in the cold with the 19-year-old once again missing the cut.

There seemed to be space for Greenwood as in-form Southampton striker Danny Ings is out injured, but Southgate opted against replacing him with either Greenwood or Newcastle’s Callum Wilson.

Foden’s club-mate Raheem Sterling was given an expected recall having missed the previous month’s international break due to a small hamstring injury.

Other players who would have been pushing to be in contention but missed out include Aston Villa midfielder Ross Barkley and Manchester United’s left-back Luke Shaw.

Harry Maguire and Reece James are included after the pair were sent off as England lost 1-0 at home to Denmark last time out.