Northern Ireland to allow 1,060 fans to watch game against Slovakia 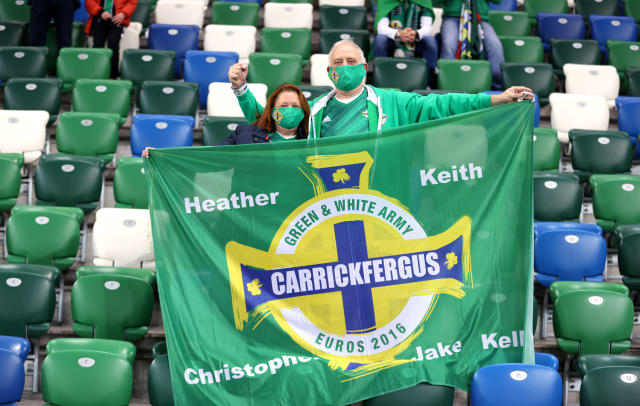 Northern Ireland will allow 1,060 fans into Windsor Park for next week’s Euro 2020 qualifying play-off final against Slovakia, the Irish Football Association has announced.

Tickets for Thursday night’s crunch fixture will be allocated via a ballot which members have already been invited to enter, with those successful to be notified at the start of next week.

The announcement comes after 600 fans attended last month’s 1-0 home defeat against Austria in the Nations League, socially-distanced throughout the 18,500-capacity stadium.

Irish FA chief executive Patrick Nelson said: “We have worked closely with the Minister for Communities, Caral Ni Chuilin, and her officials, as well as the team at Belfast City Council, to land on this number.

“Our own staff have also played a significant role in this and we’re delighted to have fans back at the National Football Stadium at Windsor Park, in a safe and responsible setting, for one of our biggest games in recent times.”

The Slovakia match is the first of two home games in the space of a week for Northern Ireland, who host Romania in the Nations League on November 18, though no decision has yet been taken as regards the possibility of fans attending the latter fixture.

Ian Baraclough’s side will also travel to Vienna to face Austria on November 15.