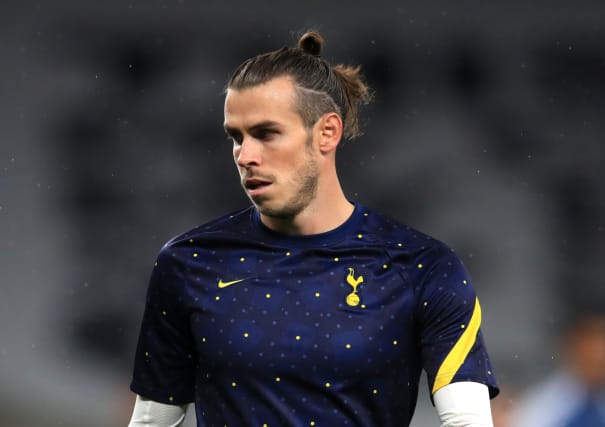 Sergio Reguilon has revealed Tottenham have made Gareth Bale feel at home by making golf holes for him at the club’s training centre.

Bale rejoined Spurs on a season-long loan in September after seven years at Real Madrid and scored his first goal in Sunday’s 2-1 Premier League win against Brighton.

Spain full-back Reguilon made the same journey from the Bernabeu on the same day and was well aware of the Wales forward’s passion for golf.

“He’s very happy and I see him in a different light,” Reguillon said. “He seems happier with the habits here.

“What did surprise me is that they’ve created golf holes for him at the training centre.

“They are only short holes but I couldn’t believe it. He didn’t do badly at Real Madrid and I’ve no idea if he’ll go back.

“The language and communication are everything to him. His Spanish is good, well, it’s like my English.”

Reguilon came through the youth system at Madrid and made his Spain debut in September.

But he left the club after making just 22 appearances for the first team and admits he has enjoyed working with “intense” Spurs boss Jose Mourinho.

The 23-year-old told Spanish radio show El Larguero (SER): “He (Mourinho) is very good, great, I like this type of intense head coach.

“As is the case with all managers, he gets annoyed when we don’t win but he’s really close to the players.”

On Madrid manager Zinedine Zidane, Reguilon added: “I didn’t really speak with him, it was more with representatives from the club. I knew how the valued my work but I had to make the decision.

“Time will tell if it works out and I didn’t feel that the time was right for me to ask for explanations. At my age, it’s important to be playing and to keep being competitive.

“It gets dark at 5pm and, despite it being a different league, I tend to adapt well to new situations.

“Wherever I have to perform, I’ll do so, whether that be in Spain or anywhere else.

“I get on very well with my new team-mates and Son (Heung-min) and (Pierre-Emile) Hojbjerg are good guys.”