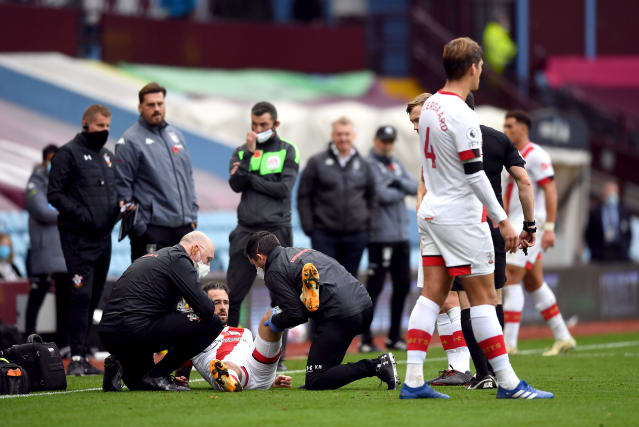 Southampton’s England striker Danny Ings could be out for up to six weeks.

Ings had a scan on his knee after being hurt in Southampton’s 4-3 Premier League win at Aston Villa on Sunday.

Saints boss Ralph Hasenhuttl said on Wednesday: “At the moment it looks like he is out for four to six weeks.

“He’ll have a small surgery tomorrow morning. It could be worse, but he’ll be out and it’s not good news for us.”