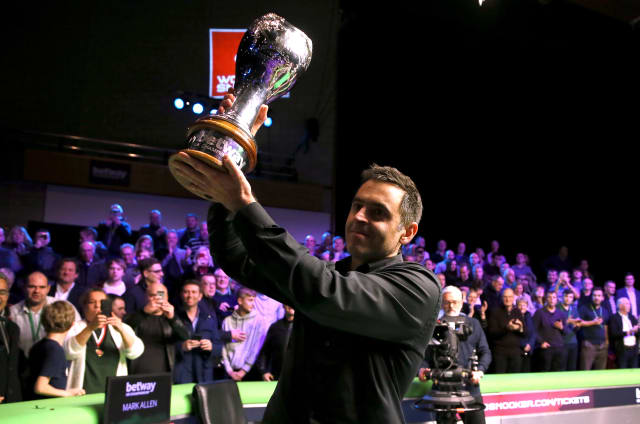 Ronnie O’Sullivan is “devastated” by the news that next month’s UK Snooker Championship has been moved from York to Milton Keynes due to the implications of the imminent coronavirus lockdown.

O’Sullivan, who has won the tournament seven times, more than any other player, joked he would even prefer to go to Crawley – whose K2 Leisure Centre venue he derided as a “hellhole that smells of urine” in 2018 – than another event at the Marshall Arena.

O’Sullivan told Eurosport: “It’s a shame we aren’t going back to York. I’m devastated because that is my favourite city in the whole country, even in the whole world.

The Marshall Arena in Milton Keynes has staged a series of events this year in an established Covid-secure bubble, which includes a requirement that players either stay in the on-site hotel, or travel directly from home.

Until the latest lockdown announcement, the first round of the event was due to be held in Milton Keynes, before moving to York’s Barbican Centre – which has staged the tournament since 2011 – for the last 64 onwards.

World Snooker Tour chairman Barry Hearn said: “Following extensive consultation with the UK Government and the relevant public health bodies, the decision has been made to stage all matches in Milton Keynes this time.

“It is an ideal venue, we are working with an exceptional team there and we have proved over the past few months that we can stage major tournaments there, involving 128 players, safely and successfully.

“In the circumstances we face today, our crucial objective is to keep our events going, provide competitive action and prize money for our players, and top-class sport for the many millions of television viewers around the world who are in need of inspiration.”

Five-time winner Stephen Hendry is expected to make his comeback in the behind-closed-doors tournament after accepting a two-year invitational tour card.