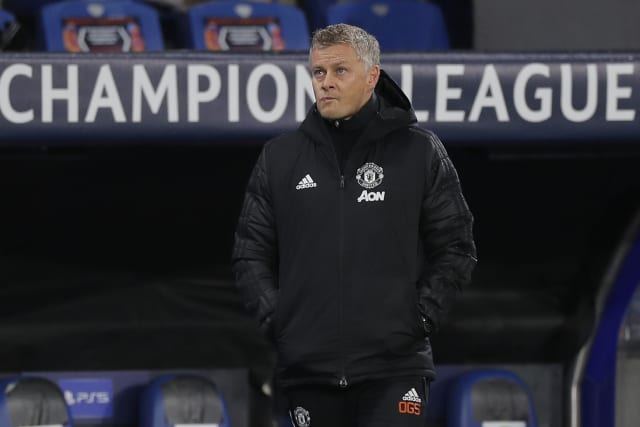 With the stuttering Red Devils sat 15th in the Premier League, their impressive return to European football’s top table has provided much-needed positivity.

United followed the deserved 2-1 victory at last season’s Champions League finalists Paris St Germain by stunning RB Leipzig 5-0, but it does not take long for pressure to ratchet up at Old Trafford.

Solskjaer knows about those expectations better than anyone and faces increasing scrutiny after Sunday’s uninspiring 1-0 home loss to Arsenal was followed up by a chastening 2-1 defeat at Istanbul Basaksehir.

“The last two results have been a punch in our stomach,” the United boss said after the Group H clash in Turkey.

“The only way I know of – well, I hope the players as well – to respond is to get your act together for the Everton game.

“Because we know that’s going to be a tough and difficult game, so I’m glad we’ve got a game already on Saturday.

“Disappointed with the result. Of course we picked a team to win the game and we hoped that we had enough to create chances. We just didn’t.

“Emotion doesn’t really matter, the emotions, the feelings.  I think you can expect or think yourself how we feel after we lose. That’s not something we go out to do.”

Saturday lunchtime’s trip to Goodison Park looks set to be a huge match for United ahead of the international break.

Furious former skipper Roy Keane claimed there was a lack of leadership and heart in the loss to Arsenal when he also warned that the current crop of players could get Solskjaer sacked.

Asked if he feared for his job at this stage, United boss Solskjaer laughed and then said: “You know, I decline to comment on such a thing.

“Of course it’s early on and, you know, opinions are out there all the time. You’ve got to stay strong.

“I’m employed by the club to do a job and I do that to the best of my ability with our staff.”

Solskjaer has led United to some memorable results since replacing Jose Mourinho – initially on a temporary basis – in December 2018, but the manner of Wednesday’s defeat was as jarring as the result itself.

The Norwegian called the inexplicable lack of organisation and awareness for Demba Ba’s opener “unforgivable”, while more lacklustre defending gave Basaksehir skipper Edin Visca the chance to double their advantage.

Anthony Martial pulled one back before the break but United could not eke out a leveller, with Alexandru Epureanu clearing off the line in stoppage-time to seal a famous first-ever Champions League group stage win for the hosts.

“Playing a short corner and everyone forgets to get back with the players they’re playing against and Demba Ba snuck in behind us,” Solskjaer said.

“Lack of communication and lack of good decisions. You don’t really see them goals at this level. We shouldn’t concede easy goals like this.

“We know how hard it is to create goals and create chances and when you give easy and soft goals like the two we have done here today it makes it a lot harder.”