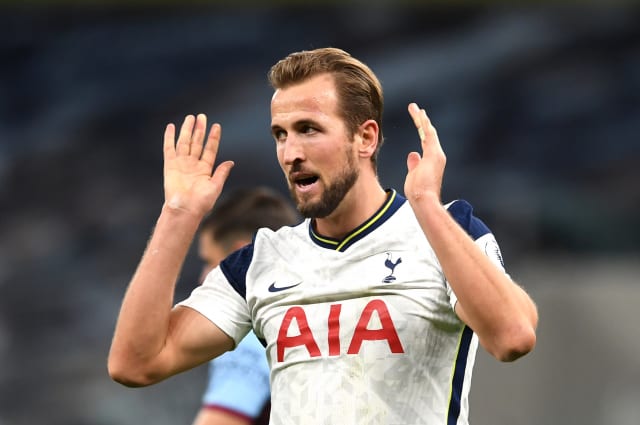 Tottenham striker Harry Kane will be eyeing his 200th goal for the club against Ludogorets in the Europa League on Thursday.

It will be his 300th game for the club and makes him one of the most prolific strikers the English game has seen.

Here, the PA news agency looks at how his strike rate compares against some other top names.

Rooney joined Manchester United as a teenage prodigy in 2004 and was unsurprisingly a scoring sensation for them. He became a double centurion in his 406th match – a 4-2 Champions League win over Bayer Leverkusen in 2013. He finished his career at Old Trafford as the club’s leading scorer with 253 goals.

Shearer is a goalscoring hero at Newcastle and nobody has netted more times for them. He bagged his 200th in an FA Cup tie at Mansfield in 2006 on what was his 379th game in black and white. His next goal, six games later, took him past Jackie Milburn to become the club’s all-time top scorer.

The Frenchman is Arsenal’s greatest ever scorer and is widely regarded as one of the best players to play in England. He ended up with 228 goals, with his double century coming in a 2-0 win at Birmingham in his 321st game.

The Argentinian has a place in the club’s history for his goalscoring exploits. He became the first City player ever to score 200 goals when he bagged in the 2018 Community Shield win over Chelsea – just his 293rd game. His tally currently stands on 254.