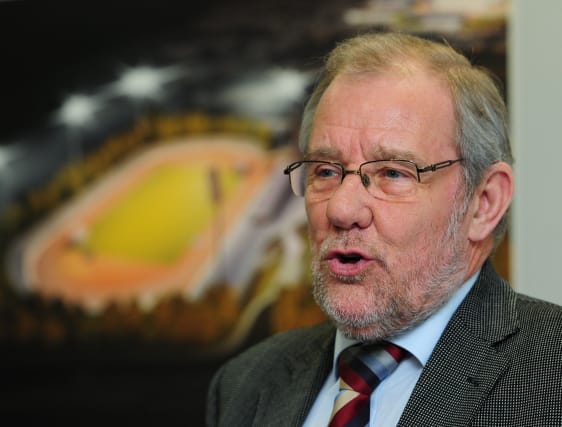 Former sports minister Richard Caborn has criticised the Government’s decision to effectively axe all grassroots sport for the duration of the imminent coronavirus lockdown in England.

The Football Association has confirmed the game at all amateur and junior levels will be put on hold whilst pleas for exceptions from the likes of tennis and golf look certain to fall on deaf ears.

Caborn, who served in the role from 2001 and 2007 and was integral in the bidding process for the London 2012 Olympics, believes the Government are underestimating the ability of sport to serve as a natural antidote to the virus.

Caborn told the PA news agency: “Whilst I broadly agree with the decision the Government has taken, I think it really needs to revisit the decision on amateur sport across the board.

“I have seen no evidence that should stop (outdoor) sport being played. I cannot see why, from the three points of health, mental well-being and the coronavirus itself, the Government has taken the decision it has.”

Caborn is also a former chairman of England Boxing and is currently acting as an advisor, through his company, Global Sports Investigations, to Suleyman Mikayilov, who is one of the declared candidates in the upcoming AIBA presidential race.

Although Tokyo Olympic hopefuls on the GB Boxing programme will be exempt from the imminent sporting shutdown, Caborn believes it is inevitable that coronavirus will prove a significant factor in the build-up to next year’s delayed Games.

“There is no doubt it is an issue across the world and everybody is doing their best to keep their boxers in training,” said Caborn.

“We hope it will be only for a very short time – but there is no doubt it is having an effect, and it will have a bearing on the Olympics.”